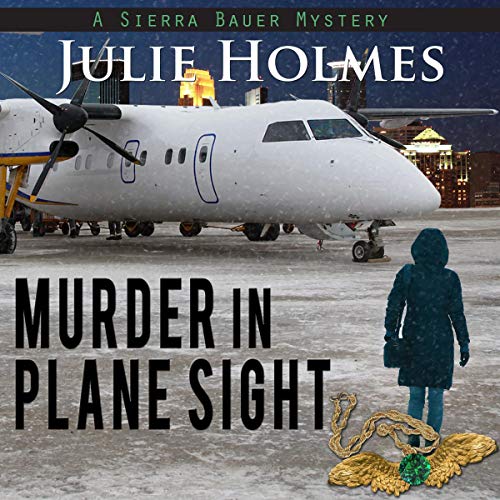 By: Julie Holmes
Narrated by: Wendy Tremont King
Try for £0.00

As an aircraft mechanic, Sierra Bauer is a woman in a man's world. There are few things more satisfying to her than the challenge of working on multimillion-dollar turboprops at the Minneapolis-St. Paul Airport, especially now that her life has returned to normal after losing her brother in a plane crash, and almost losing her career in the FAA investigation that followed.

Normal is pitched into a tailspin when she finds a frozen body in a plane she is inspecting.

Detective Quinn Moore is certain Sierra's discovery is happenstance until he learns the victim, Tori Hjelle, is the woman Sierra blames for her brother's death. Despite his attraction to her, he must consider Sierra a prime suspect.

When Sierra figures out Tori discovered the key to unraveling a tangled web of conspiracy that threatens the aviation world, she's forced to change everything she thought she knew about her brother's death. That knowledge comes with a price. She and Quinn must expose a network of money, deceit, and murder before Sierra becomes the next casualty.

What listeners say about Murder in Plane Sight

It was a pretty good mystery. I honestly did not feel the attraction between the 2 characters and the males voice was just the same the whole time and I cringed the first few chapters til I just accepted it as it is.

The mystery is ok book but the pace is too slow and there is too much focus on the relationship between Quinn and Sierra.