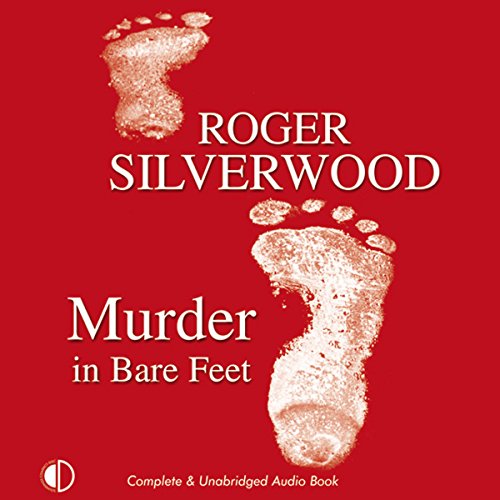 By: Roger Silverwood
Narrated by: Jonathan Keeble
Try for £0.00

Detective Inspector Angel must investigate a strange case where both the murderer and the murdered man are without shoes.

The victim was a millionaire, adored by beautiful women, particularly the Frazer sisters, who put sparkle into his life and showed him how to spend his money. An antique dealer and his son are the prime suspects, but they have a rock solid alibi.

At the same time, Angel has to investigate a flood and a stink at the Great Northern Bank, which permitted a gang of robbers to escape with millions of pounds. This is another unusual case to test the investigative powers of Inspector Michael Angel, and exemplifies the quirky genius and ingenuity of the man.

What listeners say about Murder in Bare Feet

excellent narrator and loved the humour in it. very easy listening. looking forward to next one

Roger Silverwood is a classic English police mystery writer. There's nothing wrong with his prose, although assumed sexism in this plot marks him as reactionary. (Women are either shopping-crazy crooks or homemakers, the latter even if there are no children. They stay home all day, happily cooking and cleaning for hubby. People have cell phones, so it wasn't written in 1950. No excuse, Roger. Wise up.) Aside from the sexism, a pleasurable experience with an excellent reader.