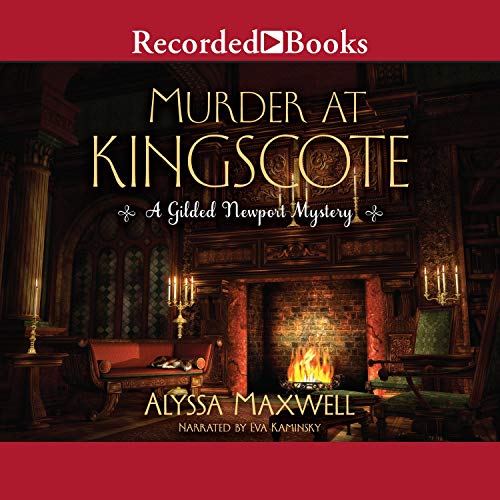 On a clear July day in 1899, the salty ocean breeze along Bellevue Avenue carries new smells of gasoline and exhaust as Emma, now editor-in-chief of the Newport Messenger, covers Newport's first-ever automobile parade. But the festive atmosphere soon turns to shock as young Philip King drunkenly swerves his motorcar into a wooden figure of a nanny pushing a pram on the obstacle course.

That evening, at a dinner party hosted by Ella King at her magnificent Gothic-inspired cottage, Kingscote, Emma and her beau Derrick Andrews are enjoying the food and the company when Ella's son staggers in, obviously still inebriated. But the disruption is nothing compared to the urgent shouts of the coachman. Rushing out, they find the family's butler pinned against a tree beneath the front wheels of Philip's motorcar, close to death.

At first, the tragic tableau appears to be a reckless accident - one which could ruin Philip's reputation. But when Emma later receives a message informing her that the butler bullied his staff and took advantage of young maids, she begins to suspect the scene may have been staged and steers the police toward a murder investigation. But while Emma investigates the connections between a competing heir for the King fortune, a mysterious child, an inmate of an insane asylum, and the brutal boxing rings of Providence, a killer remains at large - with unfinished business to attend to....

What listeners say about Murder at Kingscote

Loved it! Alyssa Maxwell an extremely clever and talented mystery writer. Her stories are made for TV.

I love this series, and this latest book didn't disappoint. I love how Emma is growing as a person/character in each book and I look forward to the next Emma Cross mystery.