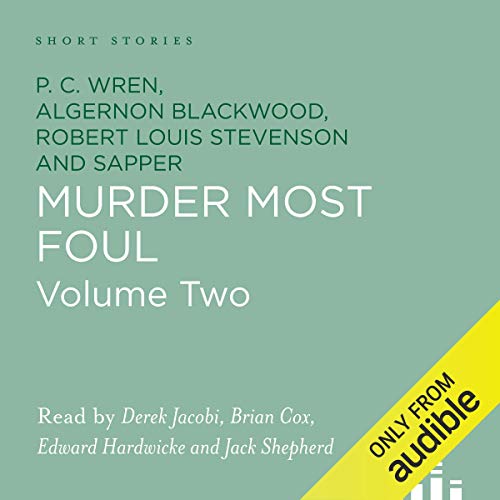 This recording is the second in a new series featuring some of the greatest crime stories ever written.

"The Perfect Crime" is written in the first person: "I know I committed the perfect crime." Phoebe Wallowes, a well educated American woman, really irritates him. He also has a genuine terror that she will one day marry him. Something therefore has to be done.

Sapper's "Thirteen Lead Soldiers" has an ingenious plot to murder Conte de Dinard at a secret conference in an English country home. Captain 'Bulldog' Drummond and his friend Algy are called in to foil the plan.

"Markheim" visits jewelers on Christmas day in order to purchase a gift for a lady friend. Instead he murders the shop keeper. Thereafter R.L. Stevenson paints a fascinating picture of a murderer wrestling with his conscience.

What listeners say about Murder Most Foul, Volume 2