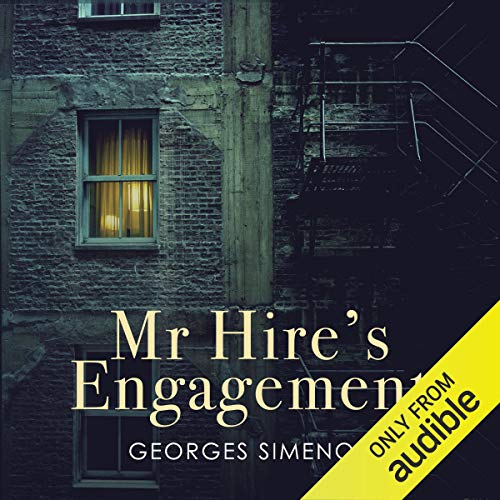 'One sensed in him neither flesh nor bone, nothing but soft, flaccid matter, so much so that his movements were hard to make out. Very red lips stood out from his orb-like face, as did the thin moustache that he curled with an iron and that looked as if it had been drawn on with India ink; on his cheekbones were the symmetrical pink dots of a doll's cheeks.'

People find Mr Hire strange, disconcerting. The tenants he shares his building with try to avoid him. He is a Peeping Tom, a visitor of prostitutes, a dealer in unsavoury literature. He is also the prime suspect for a brutal murder that he did not commit. Yet Mr Hire's innocence will not stand in the way of those looking for a scapegoat as tragedy unfolds in this quietly devastating and deeply unnerving audiobook.

not a mystert. not even a good story.

Very strange story. not a mystery. read like some existential angst story. at the end, it's still not clear what happend. Maigret doesn't make an appearance.