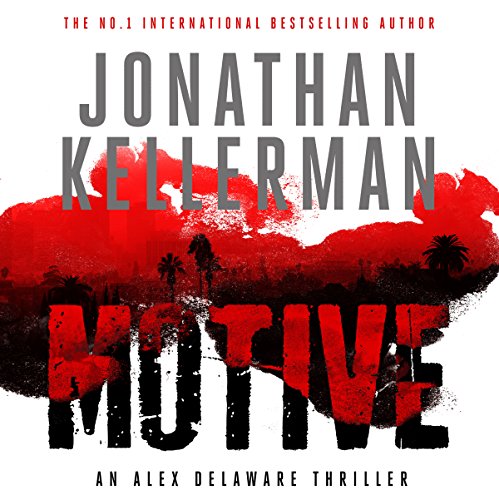 By: Jonathan Kellerman
Narrated by: Jeff Harding
Try for £0.00

Alex Delaware returns in a thrilling new case featuring one of the most devious murderers ever conceived by New York Times number-one best seller Jonathan Kellerman.

Even hundreds of closed cases to his credit can't keep LAPD lieutenant Milo Sturgis from agonising over the crimes that don't get solved--and the victims who go without justice. Victims like Katherine Hennepin, a young woman strangled and stabbed in her home. A single suspect with a solid alibi leads to a dead end--one even psychologist Alex Delaware's expert insight can't explain.

The only thing to do is move on to the next murder case--because there is always a next one. This time the victim is Ursula Corey, a successful, attractive divorcee who's been gunned down--not a robbery but an execution, a crime that smacks of simple, savage revenge. And along with that theoretical motive come two strong contenders for the role of suspect: the dead woman's business partner/ex-husband and her divorce lawyer/secret lover.

But just as Alex and Milo think they're zeroing in on the killer, a bizarre new clue stirs up echoes of the unsolved Hennepin murder. And the discovery of yet another crime scene bearing the same taunting signature raises the spectre of a serial killer on a mission, whose twisted method is exceeded only by his manipulative and cunning madness.

What listeners say about Motive

Good but guessed it

Good performance, guessed who it was half way through though. Not predictable but managed to work it out. For a series bases around a psychologist not particularly in depth psychological analysis.

Another killer from Keller

Great story, really well performed, the relationship between Delaware and Sturgis shining bright as they do what they do best.

Good as always but not one of his best. Unfortunately, there were quite a few leaps and assumptions pulled from the air and not based on much. There was also less story than usual, but having said that, John Kellerman's medium is by far still one of the best around.

The real low was the narrator. Whatever happened to the excellent John Rubenstein? I'm afraid that the voices for both male and female characters really ruined the story for me.... Most of the men were shouting everytime they opened their mouthes and the women were even worse. They were made to sound nasally, aggressive,bored and whiney all at the same time. Quite an achievement actually....

I'm a huge fan, so I really wanted to love it, but the weak plot, the lack of charm or depth in any of the characters (both the regulars and the newcomers) and the irritating narration made this one score a below par 2.5 to 3 for me

initially the story is interesting but towards the middle and end it loses its way and tapers off to an anti climax.

I loved it Alex and Milo at their best. Can't wait for the next installment.

What was one of the most memorable moments of Motive?

The lack of memorable moments.

Anything with Milo the detective in it. He's the only character with a fleshed out personality and Dr Alex Delaware acts as an good foil for the detective.

Not up to the standard of Kellerman's past stories in the series. Too much going on that was never developed and seemed to be added just for padding. Maybe Dr Delaware is due for retirement.