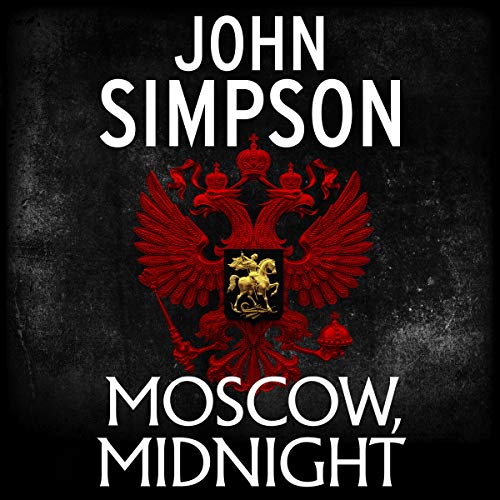 The revelatory thriller from the much-admired and million-copy-selling journalist.

Government minister Patrick Macready has been found dead in his flat. The coroner rules it an accident, a sex game gone wrong.

Jon Swift is from the old stock of journos - cynical, cantankerous and overweight - and something about his friend's death doesn't seem right. Then, days after Macready's flat is apparently burgled, Swift discovers that his friend had been researching a string of Russian government figures who had met similarly 'accidental' fates.

When the police refuse to investigate further, Swift gets in touch with his contacts in Moscow, determined to find out if his hunch is correct. Following the lead, he is soon drawn into a violent underworld where whispers of conspiracies, assassinations and double agents start blurring the line between friend and foe.

The truth comes at a price, and it may cost him everything.

What listeners say about Moscow, Midnight

This book is absolutely amazing. I agree with one of the other reviews sounds like it could be actually part of his life. Well wrote and extremely well narrated. Loved it. Definitely recommend.

Is some of this non-fiction?

I really enjoyed the story and John Simpson's narration.
However, at various times I thought to myself; is this an autobiography? Were there some truths here that Mr Simpson couldn't tell as part of of a news story?
I also find myself inexorably drawn to the 39 Steps, which follows a similar pattern.
Looking forward to the next one!

A hugely enjoyable listen and John Simpson’s narration it made for a superb experience. Highly recommend this audiobook.

A great storyteller, John has a good voice and this was read at the right pace.
Well done.