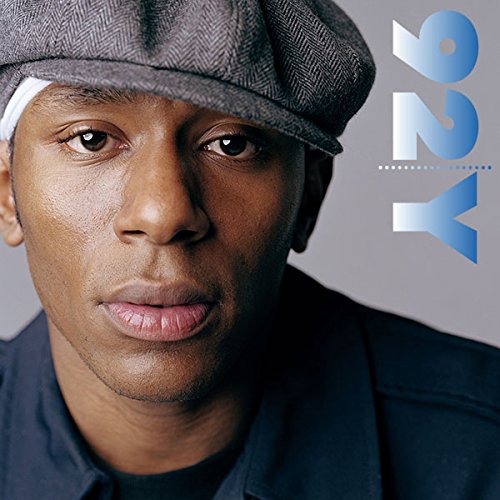 By: Mos Def
Narrated by: Anthony DeCurtis
Try for £0.00

When Mos Def takes the stage at the 92nd Street Y in February 2008, he receives one of the most enthusiastic welcomes of any guest in the history of the Jewish cultural center. In this long and enlightening interview, the critically acclaimed hip-hop artist not only speaks to music critic Anthony DeCurtis, he also freestyle raps. The discussion opens with a music video which the listening audience can obviously only hear, but the artist's lyrical power communicates even without the visuals. Mos Def begins the interview with a certain amount of reserve, but by the end his personality shines through in his intelligence, wit, social awareness, and sense of humor.

Regarded as one of hip-hop's most insightful artists, Mos Def has shaped a career that transcends genres. His groundbreaking collaboration with fellow rapper Talib Kweli in Black Star; his distinctive and daring solo work, and his acting, both in film and theater, have earned him Grammy, Emmy, Golden Globe, and NAACP Image Award nominations. Add to that his activism, most recently in the Jena 6 case, and you have a portrait of an artist fully engaged with the issues of his times.

Mos Def discuss his music, his acting, his social and political perspective, and his vision of the role that artists must play in the public world. Anthony DeCurtis is a contributing editor for Rolling Stone and the author of In Other Words: Artists Talk About Life and Work.

Well worth it for fans of Mos Def. Would have liked more about his incredible collaboration with Talib Kweli in Black Star. As other reviewers have said the audio was also strange. Could they not have paid for a producer?! I gave it 4 stars overall as Mos Def is an incredible personality and an inspiration to young people everywhere. The music clips were an added bonus too.

Always listen to Mos Def when you can...Always. However, the recording was pretty terrible... you could hear the host breathing through his nose every time they had to boost the mic.