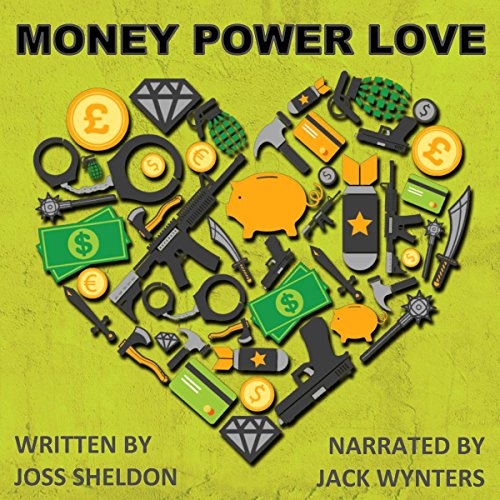 The number one best seller the establishment doesn't want you to hear!

Our three heroes are born on three adjacent beds, a mere three seconds apart. United by a shared nature, they often feel each other’s emotions as if those emotions are their own.

When a fire burns through their homes, killing their families, they are cast apart. Mayer is adopted by a wealthy couple, Archibald by a loving uncle and aunt, and Hugo is dumped in the workhouse.

The consequences are extreme, inspiring our heroes to spend their lives chasing money, power, and love in the vain hope that these things will help them to win the girl. We romp through history, watching as bankers create money out of nothing and the British Empire takes over the world, before arriving at the most exhilarating of finales.

This is a story that will make you laugh, cry, cringe, smile, scream, and shout. It truly is a modern masterpiece, unlike anything you’ve ever listened to before....

What listeners say about Money Power Love: A Novel