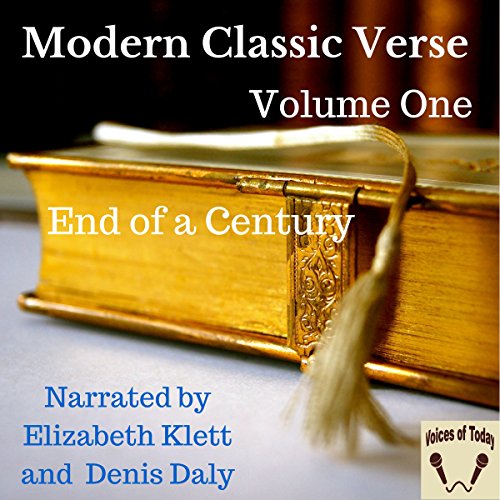 The turn of the 20th century saw radical developments in all art forms and particularly in poetry. The first volume of this series features the work of nine significant poets whose careers cover the period from the late 19th century to the early 20th century.

This collection of poems is read by 2 narrators. Each reads several poems in a row. Both are excellent and the switching between the male and female voices keeps it interesting. This is an audiobook I listen to in small segments. I don't normally read poetry for pleasure and this is a nice poetry interlude occasionally on my commute in between other audiobooks or when I just want a change of pace. Both narrators are easy to understand.