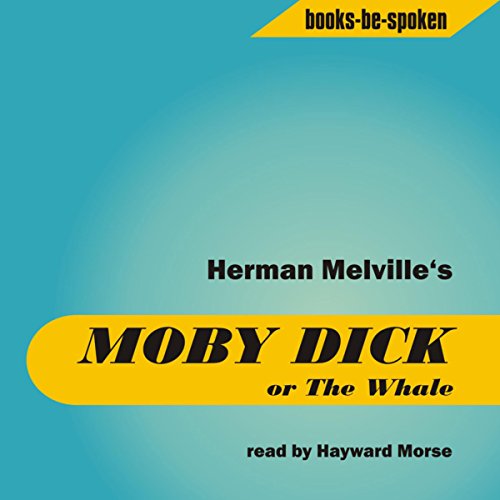 Moby Dick or The Whale

By: Herman Melville
Narrated by: Hayward Morse
Try for £0.00

The sailor Ishmael gets himself hired on the "Pequod" for a whaling voyage, and tells the story of an astounding journey and of the obsessed Captain Ahab, who hunts the legendary white whale Moby Dick to the bitter end. "Moby Dick" is said to be the richest sea novel ever written. A monumental, incomparable work of imagination.

Herman Melville was born on August 1, 1819 in New York City. He became a bank clerk, but in search of adventure, later worked on several ships, including the whale-ship "Acushnet". Not only Melville's early novels were inspired by his journeys, but above all his most extraordinary literary work "Moby Dick". But literary success soon faded and so after 1857 he published only some poetry. Herman Melville died on September 28, 1891 in New York.

Hayward Morse has appeared in innumerable stage, radio, TV and film productions in the United States, Britain, Canada and Europe. Successfully working at London's West End, he later received a Tony award nomination for his performance in "Butley" on Broadway. Very experienced with recording Audio Books, Hayward Morse shows his theatrical grandeur in playing different characters, credibly and most impressingly.

What listeners say about Moby Dick or The Whale