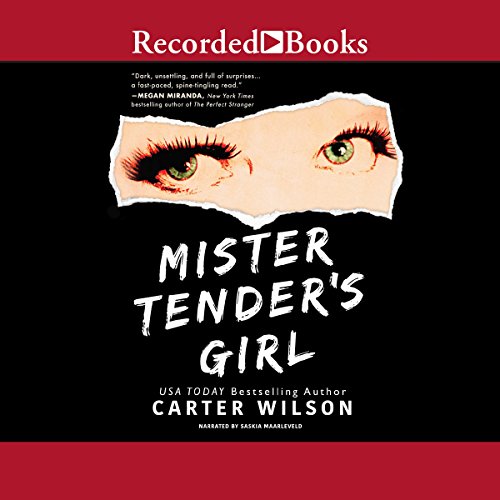 As a 14-year-old girl in London, Alice survived a horrific stabbing attack by two classmates obsessed with Mister Tender, a graphic novel character created by Alice's own father. Now, a decade later and an ocean away, Alice is trying to focus on the present - but the past won't leave her alone. Someone knows far more than they should - not just about the night she's tried so hard to forget, but also deeply private details about Alice's life. Suddenly, the sinister Mister Tender is leaping off the page and into the real world, and he has his sights set on Alice.

In the vein of Alex Marwood's The Wicked Girls, Mister Tender's Girl is a harrowing psychological thriller about obsession, memory, survival - and how one appalling act can change the course of so many lives.

Sometimes tender sometimes brutal enjoyed the story a gripping read but at the same time a little whine and annoying .give it a go you may enjoy.😏😏😏

A Proper Mystery/Thriller Based on a True Event

This book is very well written and especially interesting as it is loosely based on a real incident that occurred a few years ago called the "Slender Man Stabbing". I had never heard of it prior to this book but I looked it up before listening to it and it really helped to set the scene, context and mood. I recommend doing the same before listening or reading this book.

I am always impressed when authors are able to make all of the characters and events purposeful, intentional and relevant and Carter did this excellently. I was not confused at the end and he spun a web that I would've never predicted. Though you might be able to guess particular angles and intentions of characters, the author takes it further than you would anticipate. He doesn't abandon any event or action and concludes the story and side stories thoroughly.

The story is from Alice's perspective, but she is unusually brave and isn't easily scared - which does makes sense since she survived a near fatal stabbing by two friends at age 14. However, her "braveness" makes certain elements "less" thrilling and spooky than they could've been. That may sound odd, but I thought some events did not unfold as creepy or exciting as it could have. Nonetheless, the author does a fine job of creating other scenes and occurrences to make this a thorough thriller.

Overall, I recommend this book, it is not in any of my "top" lists, but it's a very solid read - a proper mystery/thriller all the way. I listened to the author's other book, "The Comfort of Black" and it was very good as well but nothing at all like this book - they are in completely different genres, so I was pleasantly surprised with how well this book was executed.