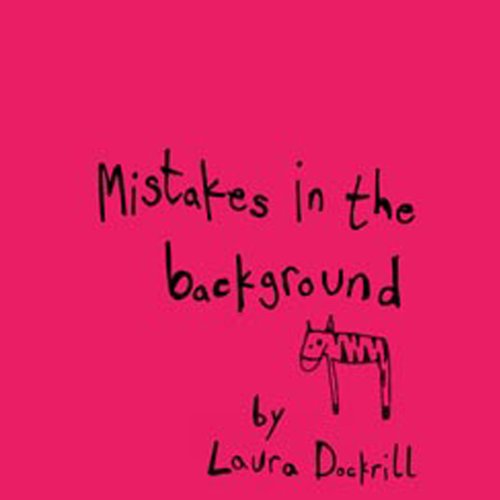 Mistakes in the Background

Mistakes in the Background

Laura Dockrill (aka Dockers MC) is a performance and spoken word artist who delivers her own written work, characters, and thoughts in such a way that her audiences just keep getting bigger and bigger. Through her sheer ability to culminate a sense of rhythms, wonderful sounds through enunciation, narrative, and comedy, Laura has the ability to draw her fans into a sense of nostalgia. This enables them to use their imagination and reminisce through her ever changing performances.

Laura gains audience appreciation through her fans' constant laughter and jovial atmosphere, which is very evident on any recording of her work in action.

This year, she has expressed a great interest in using her performing abilities to read for us and produce a digital version of her book Mistakes in the Background. This audio version will only be available as a download - one which promises to be the catalyst for many more fantastic titles to come!

Enter the weird and wonderful world of Laura Dockrill: "I draw like a left-handed baby; I can hardly spell my own name, and watching me use a glue-stick is a bit like watching a large bear trying to ram his own head into a pocket-sized cat-flap ...no, really. But once the book is finished, when I can see the pages coming together, getting thicker and thicker, detailed and covered with stories and my imagination recorded on pages ...everything at last makes sense (to me at least). I did this because I have got things to say. I've got pictures I want you to see and characters I want you to meet - the crying ice-skating boy, the Rolf Harris obsessive, the rude girl in McDonalds with the chocolate milkshake, and the try-hard Mighty Boosh watching mum. I don't keep a diary. I think they're crap. But this is much more than a diary. This is my map...."