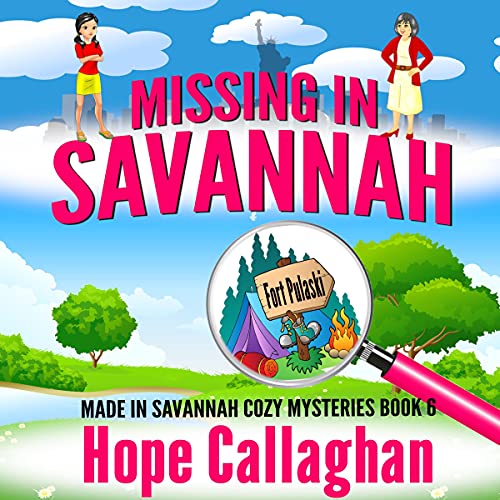 By: Hope Callaghan
Narrated by: Valerie Gilbert
Try for £0.00

When Carlita Garlucci’s annoying tenant Elvira Cobb turns up missing, Carlita and her daughter spring into action and begin looking for clues to her whereabouts.

They soon discover a mysterious message on Elvira’s answering machine. The message is from a man with possible NY mob ties. They fear that Elvira has put all of their lives in jeopardy after the mysterious man is found floating facedown in the Savannah River.

Carlita’s fear turns to bone-chilling horror when she realizes the man’s killer isn’t after Elvira.... He’s after her!

Armed with more clues and help from a friend, Carlita and Mercedes head out to nearby Tybee Island to continue their search at a historic fort with a rumored pirates past.

Will the Garlucci women find their missing tenant before the killer strikes again? Or will their “former family” and secret past finally be the death of all of them?

What listeners say about Missing in Savannah

Love this chapter of the Garlicky family saga. Can not wait for the next one.

This series is my absolute favorite. I have read all of them. They all are 5 star reads. Every time I finish a book, I cant wait for the next.