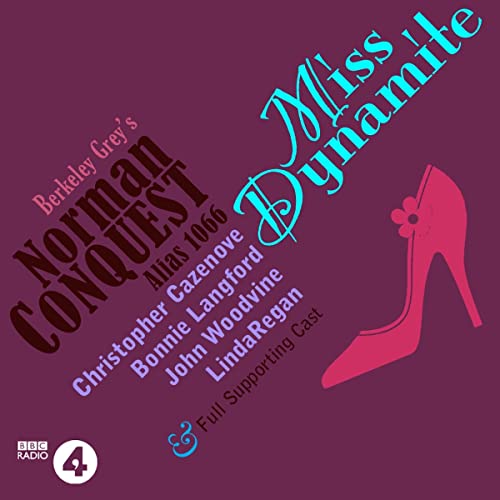 Set during the Golden Age of Detective Fiction, where every story promises a 'Thousand Thrills!', with ingenious plots, full of twists and surprises, driven along with exciting action and tongue in cheek humour.

In Miss Dynamite, our gentleman adventurer, having met a beautiful young lady in the middle of the night soon finds himself on the trail of a gang of jewel thieves. Is the pretty girl as innocent as she seems? Are diamonds really a girl’s best friend? Can ‘1066’ solve the mystery of Miss Dynamite? A nail-biting, edge of your seat, roller-coaster thriller.

Based on a story by Berkeley Gray.

“It is pure 1930s, when the hero did say to the villain: 'Good grief! You're a cold blooded killer!' and the heroine did affectionately call her hero 'a cockeyed chump!' To all concerned 'Jolly good show, chaps.'" (The Times)

“Christopher Cazenove seems to relish his role as Norman Conquest, a hero about who dashing is the least that could be said! Atmospheric and great fun for those who prefer older-style detectives.” (Daily Express)

What listeners say about Miss Dynamite