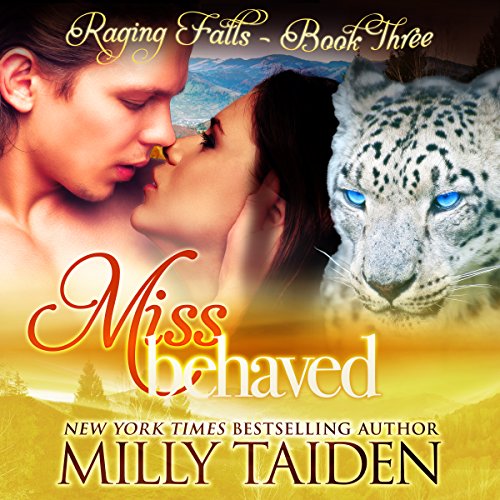 By: Milly Taiden
Narrated by: Lauren Sweet
Try for £0.00

Toni Lys is not looking for a relationship. She just climbed out of a dark hole her ex-beau left her in, and she doesn't want to dig into another. But when she sees sexy Garrett in need of saving, her kindness overrules to give the poor guy a hand. He’s exactly what she doesn’t need, but her heart has other ideas.

Garrett has finally found his mate. She’s feisty. She’s strong, and she’s got curves for days. Now, she just has to agree to be his. Easier said than done. Along with all Toni's wonderful personality traits comes hardheaded and stubborn. Sweet words won’t sway her. Hopefully, keeping her out of danger will.

When bad guys get too close to his girl, Garrett won’t let anything happen to his mate. She might not agree to being his, yet, but she will agree to being safe. She can argue and fight her feelings, but her heart has a mind of its own.

What listeners say about Miss Behaved

OK 1. I love the book. 2. Big Fan! 3. But WTF happened to Book 2 of the series I mean I can always get the e-book but I always like to listen to the stories so yeah kinda disappointed...
Well anyways still a great book.

Garrett has been labeled the shifter playboy. He so good looking and mouthwatering that women throw themselves at the man. The follow him home end up in his bed. All these things do not go well for the sexy shifter when he meet the one that was meant for him. Toni loses herself too much to let another man take away her self-esteem. She sexy confident and sassy. She dishes it as well as a pro being paid to come up with the lines. She finds that she has truly caught the eye of one seriously hit alpha.

Lauren Sweets voice is a complement to the story created by Milly.