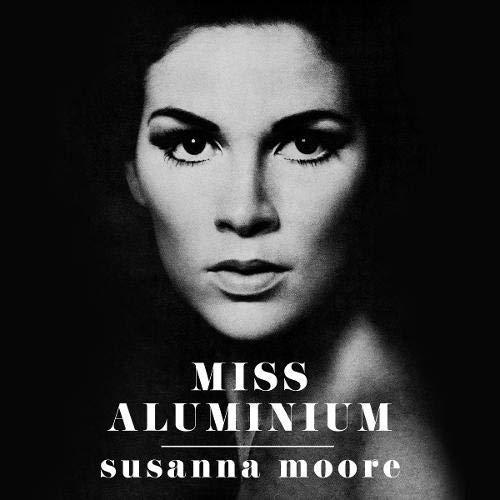 'I was self-invented, adapting myself minute by minute, a girl on the run. And yes, built for speed.'

At 17, Susanna Moore left her home in Hawaii, with no money, no belongings and no prospects. But in Philadelphia, an unexpected gift of four trunks of beautiful clothes allowed her to assume the first of many disguises.

Her journey takes her from New York to Los Angeles where she becomes a model and meets Joan Didion and Audrey Hepburn. She works as a script reader for Warren Beatty and Jack Nicholson and is given a screen test by Mike Nichols.

But beneath Miss Aluminium's glittering fairytale surface lies the story of a girl's insatiable hunger to learn. Moore gives us a sardonic, often humorous portrait of Hollywood in the '70s and of a young woman's hard-won arrival at selfhood.

What listeners say about Miss Aluminium

I'm a 60 year old female in the UK & didn't know who a lot of these people were. They nearly all sound obnoxious though - why on earth would you want to hang around them unless you were like them yourself?
There is also far too much detail which just becomes really boring & I find Susanna's accent irritating & contrived (like Audrey Hepburns).
I feel sorry for the life she had as a child which was sad but a lot of her behaviour as an adult is just as bad as the people she criticizes.
Not for me thanks - you're welcome to keep that life with pleasure!