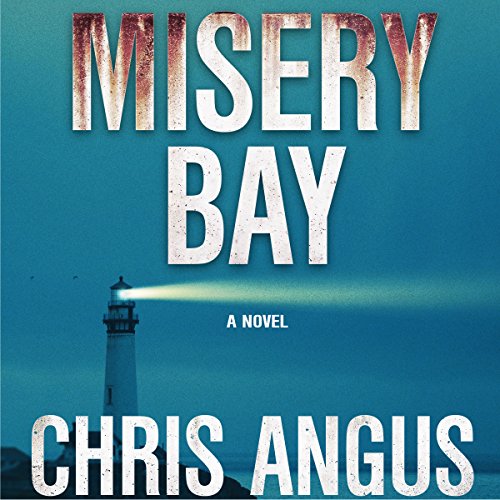 By: Chris Angus
Narrated by: Daniel Thomas May
Try for £0.00

Misery Bay is a picturesque fishing village on the Eastern shore of Nova Scotia, a seemingly idyllic location. But the islands and hidden coves hide something more sinister. Illegal immigrants and drugs are being smuggled in for the escort services in Halifax. Special Constable Garrett Barkhouse has spent 20 years fighting these twin scourges, but now he's burned out and planning to retire. However, his boss, Deputy Commissioner Alton Tuttle, has other plans. He entices Garrett to return to his old home town and establish a police presence on the Eastern shore. What he expects will be light duty - Garrett quickly discovers - is anything but. An unexpected murder of four young girls leads him into a thick web of interconnecting drug pushers, illegal immigrants, and prostitution.

While he tries to get a handle on events, Garrett is sucked back into many of the relationships from his childhood. The cast of colorful characters includes Roland Cribby, a scallop fisherman and all-around unpleasant character, old man Publicover who has just married his fifth wife, beautiful reporter Kitty Wells, and Garrett's cousin, a giant of a man who is an enforcer for the longshoremen on the waterfront in Halifax.

An offshore oil rig, conveniently outside Canadian territorial waters, becomes the focus of the investigation. Global Resources CEO Anthony DeMaio has developed a nice sideline to the oil business. When Kitty Wells - the beautiful reporter - tries to investigate, she is swept up by the machinations and kidnapped into sex slavery. As a series of hurricanes push in from the North Atlantic, Garrett and Lonnie find themselves fighting not only drug lords and CEOs, but also the elements that threaten to topple the oil rig and kill everyone on board.

What listeners say about Misery Bay

Argh, the narrator killed this book

The voice characterisations are extremely poor, making this listen pathetic. I'm sure the story is good if you can get past the narration.

i had to stop listening. If you are supposed to be the good guy then you don't just look at a woman you think you like and grab her to kiss her. I'm over trying to listen to men characters grabbing woman and doing what they want without verifing a woman wants you to touch her let alone kiss her.

Interesting characters, great plot, plenty of action . . . . what more could you ask for. Yes, the main storyline of child sex slavery is disturbing, but it is told with compassion and dedication from the characters on the hunt to bring down the bad guys. There is no graphic description of the abuse of the children, merely a mention of what was happening. There is a bit more detail of the sexual assault of an adult, but nothing too graphic. The best thing about this book is the ending. You know how you always wish that the bad guy would get more than just being killed quickly or getting sent off to prison? Well, in this novel, your wish is granted! I will look for more by this author. Narrator was great except for one of the female voices!

The sexism and misogyny is really over the top. The racist characterization of Muslims is also gross.