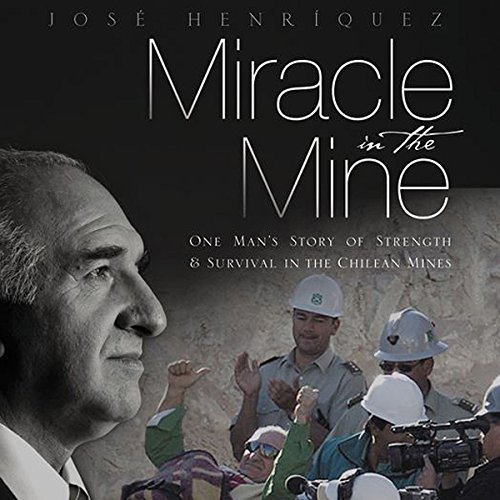 Miracle in the Mine

One Man's Story of Strength and Survival in the Chilean Mines
By: Jose Henriquez
Narrated by: Blas Kisic
Length: 3 hrs and 4 mins
Categories: Biographies & Memoirs, Memoirs
1 out of 5 stars 1.0 (1 rating)

Miracle in the Mine

On October 13, 2010, millions of television viewers on five continents literally stopped everything to watch the amazing rescue of 33 men trapped underground in the mine of San Jose de Copiapo in northern Chile. What had seemed at first a hopeless tragedy later became a triumph of human effort, courage, perseverance, and expertise.

For 17 excruciating days no one knew whether any of the miners had survived the collapse of the mine shaft, nor were the surviving miners aware of any rescue attempts. They spent a total of 69 days trapped underground. And it was there, in that frightening cavern, that one man took on the responsibility of encouraging the others and use the tragedy as an opportunity to share his faith.

Miracle in the Mine is the story of Jose Henriquez. The testimony of a man who was no stranger to danger even before he found himself trapped 2,300 feet under the earth in the San Jose mine. A man who has unequivocally demonstrated his integrity, courage, and moral strength both before, during, and after the mining accident, and who is now using this experience to inspire the world.

Like listening to someone reading from google translate. The worst book I've ever bought on here. Relentless religious tripe. One for the bin

A true story of faith overcoming great difficulties as one of the miners helped the others on a spiritual journey while trapped in an underground mine for over 30 days.