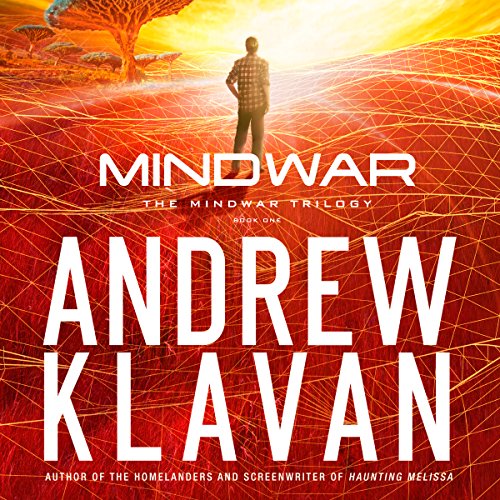 Rick Dial was the best quarterback Putnam Hills High School had ever seen. Unflappable. Unstoppable. Number 12. But when a car accident left him crippled, Rick's life as he knew it ended. He disavowed his triumphant past. He ignored his girlfriend. He disappeared into his bedroom - and into the glowing video screen.

But Rick's uncanny gaming skills have attracted attention. Dangerous attention. Government agents have uncovered a potentially devastating cyber-threat: A Russian genius has created a digital reality called the Realm, from which he can enter, control, and disrupt American computer systems from transportation to defense. The agents want Rick, quick-thinking quarterback and gaming master, to enter the Realm and stop the madman - before he sends America into chaos.

Entering the Realm will give Rick what he thought he’d never have again: A body as strong and fast as it was before the accident. But this is no game, there are no extra lives, and what happens to Rick in the Realm happens to Rick’s body in reality.

In the tradition of Ender’s Game and The Matrix, MindWar is a complex thriller about a seemingly ordinary teenager who discovers a hidden gift.

Really enjoyed the story, very accessible and easy read. The narrator is good but the pacing of reading is far too quick and allows no dramatic pauses - very disorienting for the reader I found! Additionally I picked up on a pretty noticeable background noise in places.

Great plot, and story and would recommend

The way he describes everything in detail, and story of Rick and his battle with is inner demons

The story makes some jumps that really challenge the reader's ability to suspend disbelief and is chock full of stereotypes and cliches. Also, the narrator sounds like Ezra Klein - I found him whiny and annoying, and the performance is lackluster at best.

Entertaining and I'm looking forward to the series

I enjoyed the concept and the cross over into a gamers world. However, that really opens the door for gamer criticism on attack method. If this was a movie you can skip those details due to timing but the readers/listeners want more details like limitations and why.... so we don't criticized the writer.

One of the worst narratives...

I should have my license revoked if I listen to this while driving. This ranks just slightly below driving under the influence of alcohol. The story is good but the narrative is monotonous. If there is some other narrator for this story, get that instead.

The story vs The Performance

The narrator was a problem. I found myself constantly distracted by the soft tone of the delivery. Often times the action was not depicted in the narration. there was also very little differentiation between characters from the narrator.

Narration started out bland and uninterested but improved as the story progressed. Looking forward to more.