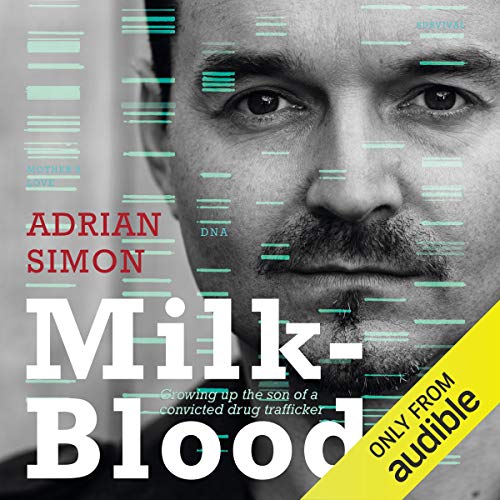 "In that moment I knew the meaning of milk-blood. Desperate addicts will decant some of their own blood while the drug is still pumping through their veins to save as 'insurance' to inject later."

Adrian Simon, 38, is the son of Warren Fellows, the infamous heroin smuggler who was imprisoned in Bangkwang Prison in Bangkok for 12 years and published the best-selling memoir The Damage Done. But Warren wasn't the only one affected by the experience.

In his searing autobiography, Milk-Blood - Growing up the son of a convicted drug trafficker, Adrian tells his side of the story - growing up in suburban Australia the son of two unconventional parents while trying to make sense of his father's terrible decisions and witnessing his mother being shunned by society at every turn.

Refusing to give in to the dark shadow his father casts over his life, Adrian lives life to the full and always on his own terms, right from the get-go. His inherent drive and thirst for adventure see him abandoning school in favour of chasing the good times, wherever they may lie. Later, this morphs into a deeper search for meaning and purpose, which sees him travel around the globe in a nonstop whirlwind of run-ins and adventures. But it's here, on the road, where he begins to make sense of his fractured life, righting the wrongs of his past and starting the painstaking task of restoring the damage done to his family chi.

This raw and honest work tackles complex issues and themes, such as mental health, addiction, and coming of age, but ultimately it is a story of hope, strength of spirit, humanity and self-determination, told with universal themes and the wit and candour of a seasoned storyteller.

What listeners say about Milk-Blood