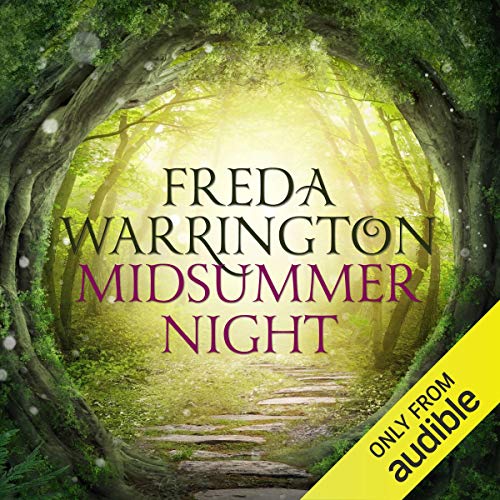 By: Freda Warrington
Narrated by: Matthew Lloyd Davies
Try for £0.00

A sensuous, suspenseful modern fantasy of love, betrayal, and redemption.

Decades ago, in a place where the veil between our world and the world of the Aetherials - the fair folk - is too easily breached, three young people tricked their uncle by dressing as the fey. But their joke took a deadly turn when true Aetherials crossed into our world, took one of the pranksters, and literally scared their uncle to death.

Many years later, at the place of this capture lies a vast country estate that holds a renowned art facility owned by a visionary sculptor. One day, during a violent storm, a young woman studying art at the estate stumbles upon a portal to the Otherworld.

A handsome young man comes through the portal and seeks shelter with her. Though he can tell her nothing of his past, his innocence and charm capture her heart. But he becomes the focus of increasingly violent arguments among the residents of the estate. Is he as innocent as he seems? Or is he hiding his true identity so that he can seek some terrible vengeance, bringing death and heartbreak to this place that stands between two worlds? Who is this young man? The forces of magic and the power of love contend for the soul of this man, in this magical romantic story of loss and redemption.

What listeners say about Midsummer Night