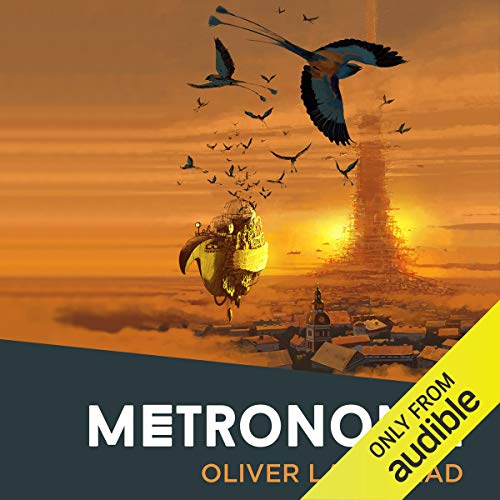 By: Oliver Langmead
Narrated by: Cameron Stewart
Try for £0.00

It is for the entities known as Sleepwalkers to cross the doors between dreams and hunt the nightmares that haunt sleeping minds. Theirs is a world of impossible vistas, where reason is banished and only the imagination holds sway: the connected worlds that all sleeping minds inhabit, and the doors that lead between.

But tonight, one Sleepwalker has gone rogue. Abandoning her sworn oath to protect the dreamscapes, she has devoted herself to another cause, threatening to unleash a nightmare older than man. The only chance of stopping her lies with a man named Manderlay.

Once a feted musician, William Manderlay is living his twilight years in an Edinburgh care home, riddled with arthritis and filled with a longing for his youth, for the open seas, and for the lost use of his hands and the violin he has always treasured.

For too long now, Manderlay's nights have been coloured by dark, corrupted dreams: dreams of leprous men in landscapes plucked from his memory, of dark figures seeking him on city streets. His comrades in the retirement home believe Manderlay is giving in to age and senility - but the truth is much worse. For in dreams, maps are made from music - and it just might be that one of William Manderlay's forgotten compositions holds the key to unleashing the nightmare that holds the world of dreams in balance.

From the acclaimed author of Dark Star comes a literary fantasy like no other.

What listeners say about Metronome

There are high quality descriptive words. Nice story and the author is showing great use of linguistic devices that grabs your attention.

The main threat of the book is a Nightmare King - a creature that (it is said) can influence people to do naughty things upon waking. The thing is, we never *see* this happen, so we don't know if the characters are just making stuff up.

The reader is pretty good.

This story is filled with delightful characters that are male, female, young, old, and everything in between. What makes them so great is that they are all stereotype free and all have the chance to be a pivotal part of the telling. The setting is original while having familiar elements from many established genres decorating the world the author created. The voice talent really came through with filling out the personalities of the characters to their fullest extent. Do not miss this one!!!