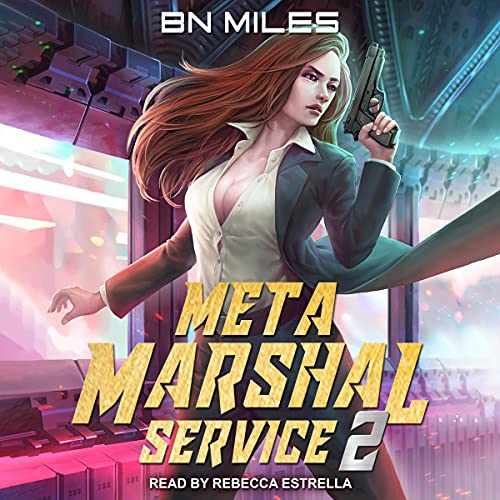 Welcome to the Meta Marshal Service.

Jared thought he craved an ordinary life. Clock in, do paperwork, clock out. He gave up magic, joined the Meta Marshal Service, and just wanted to be left alone.

Until he found his first girlfriend, Cassie, down on her knees in the wreckage of a prisoner transport vehicle, almost got killed by a bunch of angry Dryads, and met his second girlfriend, Jessalene, after she held a gun to his head.

Now he's out to hunt down a missing elf that holds the key to saving Jessalene's clan.

There's only a horde of goblins, a few unfriendly vampires, and an incredibly powerful magi family standing in his way.

Great addition! The plot thickens and the suspense builds. Characters grow large and mature! It is a wonderful listening experience. The narration is excellent. Well done.