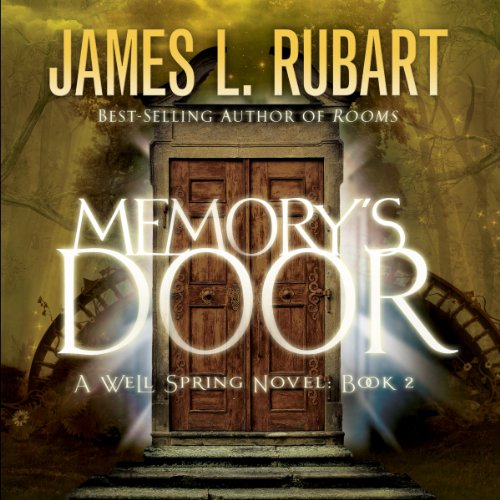 The prophecy brought them together. But the Wolf has risen, and now their greatest battle begins. The four members of Warriors Riding have learned to wage war in the supernatural, to send their spirits inside people’s souls, to battle demonic forces, and to bring deep healing to those around them. But their leader Reece is struggling with the loss of his sight. Brandon is being stalked at his concerts by a man in the shadows. Dana’s career is threatening to bury her. And Marcus questions his sanity as he seems to be slipping in and out of alternate realities. And now the second part of the prophecy has come true. The Wolf is hunting them and has set his trap. He circles, feeding on his supernatural hate of all they stand for. And he won’t stop until he brings utter destruction to their bodies . . . and their souls.

What listeners say about Memory's Door

couldn't wait to get back to it every night.

I loved it could not put it down. I was so cought in it can't wait till the next on.

After listening to the first of these books, I got hooked on the Warriors Riding. Time to start #3

This is such an incredible book!

I'm a huge Rubart fan, as many layers of healing have taken place in my life from reading his books. Once again, this book served it's reader well!

Loved it! Excited to start the 3rd book

Just finished up this morning, I'm excited to start the 3rd book! I have no problem understanding this is a FICTIONAL book. And although it is fictional, it is inspiring! It brings my imagination to life! That's why I love great books - whether reading or listening. This book is not the Gospel; nor does the author ever try to sway the reader to believe it is. So I think if people can understand and accept the fact the book(s) is fictional entertainment and the bonus is it comes with inspirational jumper cables - you'll enjoy it!

this definitely helps you get back on track with faith love and joy. stay prayed up to battle for goodness through God's word.

I was happy to see a continuation of this story. It was just as good as the first book.

So far I have really liked this series of books. They make me think about things in a whole different way.

there's parts of this book that brought tears to my eyes and joy to my heart and a little laughter too.

Memories door is an exciting work of fiction that challenges your view and stance on how spiritual events are orchestrated in the natural realm.

Love this series...I have really become attached to the characters, and the story is great. Kudos James Rubart for an entertaining, mezmerizing story that makes one wish they could be a part og "Warriors Riding". I love the spirutuality, the struggles, the realism of the story. Thank you so much for sharing!!