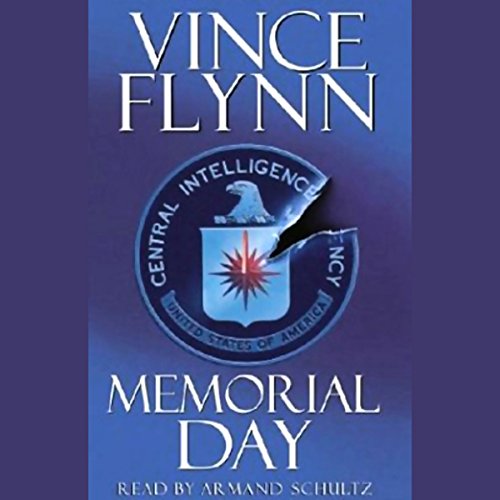 Fearless counterterrorism operative Mitch Rapp is called upon to fight against the world's most deadly terrorists in this harrowing political thriller by New York Times best-selling author Vince Flynn.

It's just seven days before Memorial Day, and a spike in CIA intelligence has pointed to a major terrorist attack on the United States. Now it's up to Rapp to pull out all the stops.

Rapp immediately leaves for Afghanistan, where he leads a special forces unit on a daring commando raid across the border into a remote Pakistani village. Their target: an al-Qaeda stronghold. Within a subterranean room, Rapp and his team discover plans for a catastrophic nuclear attack on Washington, DC.

Information is quickly relayed back to CIA headquarters, and a nuclear emergency support team scrambles to the scene. In a few hours, the freighters have been located and disarmed and the danger has been averted. Or has it? Mitch Rapp can't shake the feeling that the operation seemed just a bit too easy. Rapp follows his instincts on a quest to unearth the whole truth. What he finds is truly terrifying, and with Memorial Day closing fast, Rapp must find a way to prevent a disaster of unimaginable proportions.

I have listened to the books in order and this story didn't compare to the rest.

Too bad it was abridged

Mitch Rapp is back and true-to-form. Action packed, well-narrated. Too bad it was abridged (as are all the Mitch Rapp titles available at Audible). My suspicion is that it would have been better had it been unabridged--hence the 4 instead of 5 star rating.

Good book but why is it abridged???

I'm a fan of Vince Flynn's books and I really like Memorial day but would greatly prefer them to be unabridged as they tend to lose a lot in the abridgement and make the plot sound too simple. Better off reading the full book.

This was my first Vince Flynn book so it took me a little while to get used to his particular style of writing. The storyline was good, but I felt that there were some parts that needed more explanation than what the author gave. In all fairness, though, this could be due to the fact that this is an abridged version of the book.

I STILL want to be Mitch Rapp.....does this mean I should seek help?

Unlike the other versions of Vince Flynn novels, this narrator has a soft, refined voice that took a great deal to get used to, since the protagonist is a rough, CIA operative. That said, it's a great story, and once you get past the voice, gripping.

Another great story by Vince...

Very good story. I like Mitch a lot. Now thanks to Vince I can't stop listening to these darn books!!!!.... thanks Vince!

Wish it was unabridged

My only complaint is that this is an abridgment of the story. The usual good Mitch Rapp yarn, but missing some of the action.

This book was exactly what I needed something short because it was Good and it cut to the chase, even though I really do care for unabridged novels more. By the end of the novel you really wanted to see rap let loose with no more reins.

Excellent keep you on the edge of your seat. Excellent characters. It made me a fan and I have bought all the books from Vince Flynn.

If you are a Flynn fan then you will love this one.