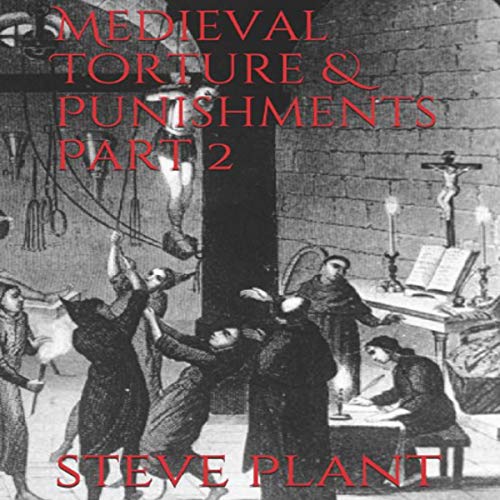 By: Steve Plant
Narrated by: William Berkshire III
Try for £0.00

The middle ages was a time of severe punishment and harsh torture for crimes that today would seem trivial. People were beheaded and limbs cut off, vagabonds were often whipped and chained in stocks. People lived in a state of fear thinking they would be the next victim.

Sound interesting? The author thinks so too! Listen to Medieval Torture & Punishments, Part 2 and learn about European History and the Middle Ages.

Story and history great but the guy reading it has absolutely no idea as to pronunciation of English terms. I wondered what he was reading about in some instances and had to think what he was referring to.

Should have either had some advice on words or had somebody read it who knows the terms.