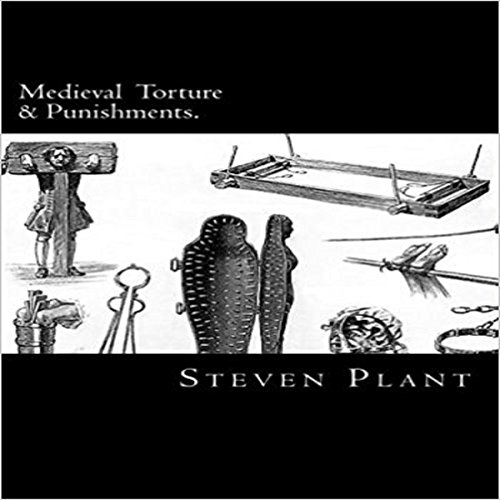 By: Steven Plant
Narrated by: William Berkshire III
Try for £0.00

Throughout the medieval period, it was believed that the only way to keep order was to make sure that the people were scared of the punishments given for crimes committed.

For this reason, all crimes from stealing to burglary of houses to murder had harsh punishments. Although there were gaols, they were generally used to hold a prisoner awaiting trial rather than as a means of punishment. Fines, shaming (being placed in stocks), mutilation (cutting off a part of the body), or death were the most common forms of medieval punishment.

There was no police force in the medieval period so law enforcement was in the hands of the community.

There is nothing here you couldn't learn through 20 minutes of searching online. That said it could have been reasonably entertaining if it wasn't for the absolutely terrible narration. I don't recall a single place name or 'European' title being pronounced correctly. The worst torture inflicted in this audio book is against the English and French language.

If you could sum up Medieval Torture & Punishments. in three words, what would they be?

The book describes different torture devices from medieval times. Also, talks about famous cases and the victims that died using the devices.