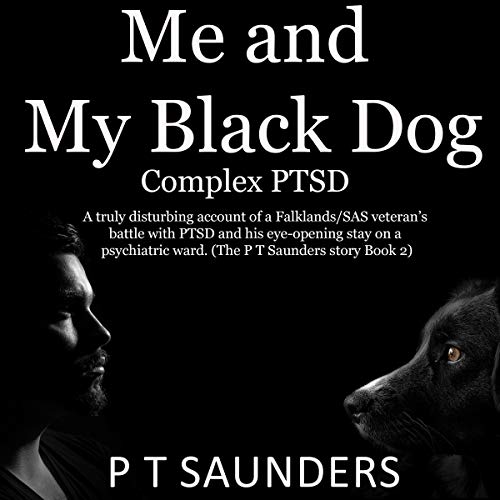 Me and My Black Dog: Complex PTSD

By: PT Saunders
Narrated by: Paul Winter
Try for £0.00

This is the very raw story of a man who served his country, fought in the Falklands, and then, had extreme difficulty adjusting after the war. But it is actually much more than that. Yes, like many veterans of combat he fought - and continues to fight - with post-traumatic stress disorder. However, the factors leading to his PTSD began long before he ever put on his uniform and picked up a gun.

Paul and his siblings suffered for 14 years at the hands of a violently abusive stepfather. This in itself, with no intervention of counselling, set Paul up for a life of explosive bouts of anger and violence. Then, Paul went to war and witnessed horrific sights on the battlefield - sights that the human mind itself recognizes is not “normal”.

Come nighttime, Paul’s sleep was disrupted as his brain tried to make sense of the visions, smells, and sounds. Unable to get the sleep he desperately needed, he was short-tempered and developed a very short fuse.

What listeners say about Me and My Black Dog: Complex PTSD

A great true onsite into what life is really like for sufferersod depression. A true hero in my eyes.

Although I liked the 1st book, this book was ok. It was drawn out & at times didn't think I'd get through it.