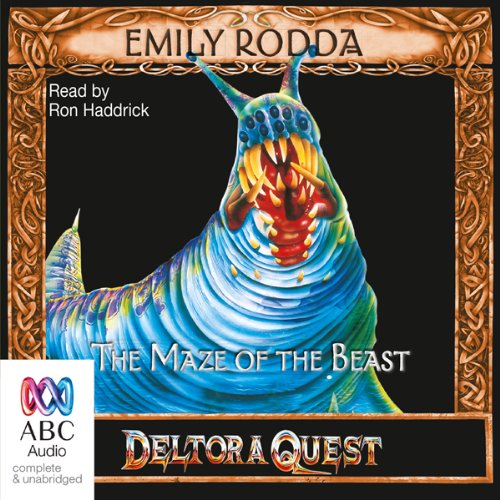 Maze of the Beast

Deltora is a land of monsters and magic. The evil Shadow Lord has become aware that Lief, Barda, and Jasmine are searching for the seven lost gems of the magic Belt of Deltora. He knows that the Belt's power will threaten his terrifying rule if the gems can be returned to it. Five gems have already been found. The next stone lies hidden in the underwater lair of the hideous and ferocious Glus. Already pursued by the servants of the Shadow Lord, Lief, Barda, and Jasmine will need all their strength and courage to face the Maze of the Beast.

What listeners say about Maze of the Beast

great listen, hope i can find more titles to enjoy. was very entertaining.and fun.to lisren to.