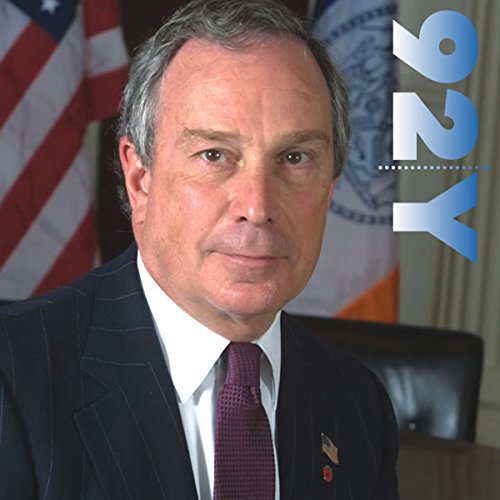 Mayor Michael Bloomberg earned his billions with his eponymous financial information corporation. He is probably most well-known, however, for his work as the mayor of New York City. During the course of his three terms he worked tirelessly to improve the city's flagging education system. In this 2004 recording from the 92nd Street Y, Bloomberg describes the experience of leading New York through the aftermath of 9/11, his thoughts on the pursuant economic crisis, and his aspirations for the city's future.

Mayor Michael Bloomberg is the 108th mayor of the City of New York. Upon taking office in January 2002, his administration was faced with the difficult task of helping the city rebuild and renew itself in the wake of the events of September 11th. Mayor Bloomberg shares his thoughts on the status of the city's recovery, governing through the fiscal crisis, turning the city's economy around and his struggle to fix the school system.
©2004 92nd Street Y (P)2004 92nd Street Y