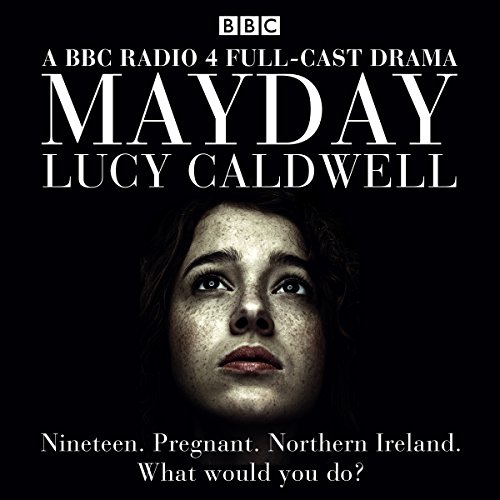 Nineteen and pregnant in Northern Ireland. What would you do?

Coralie is a 19-year-old student. It's the morning of the 30th April, and she has just taken a Mifepristone pill, the first stage of a medical abortion. She has ordered the drugs online - illegally. She, and anyone she might confide in, could face prosecution and jail if her actions are discovered. As she waits the 24 hours until she is due to take the second set of pills which will complete the procedure, she reflects on the events that brought her to this moment.

Set in Northern Ireland, the only part of the UK in which the 1967 Abortion Act does not apply, Mayday takes us into the mind of an increasingly isolated, conflicted, and terrified young woman.

Starring Eileen O'Higgins (Brooklyn, My Mother and Other Strangers) as Coralie, the cast also includes Anthony Boyle (Harry Potter and the Cursed Child), Sophie Robinson (Rebellion, Fifteen) and Imogen Doel (The Importance of Being Earnest, Whisper).

What listeners say about Mayday

I highly recommend this story for everyone on either side of the abortion debate. the main character was warm and lovely and I think so many will be able to identify with her. Thank you, Lucy, for sharing this moving story with us all.

Very outstanding performance. Really sad by the final decision she made although sometimes it is difficult to make that choice