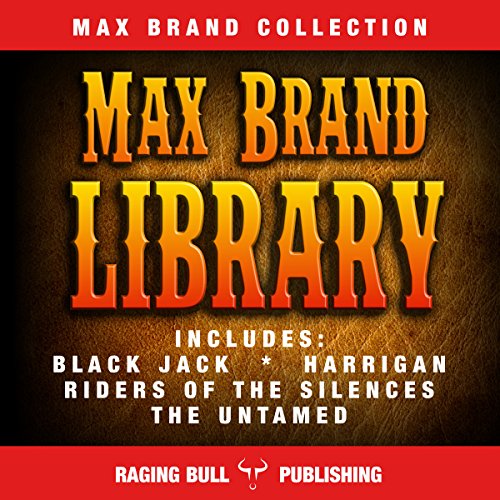 After the death of the outlaw Black Jack, his orphaned son is raised by a spinster who is determined to make an honest man of him. The spinster's brother, fearing his sister will disinherit him in favor of her adopted son, arranges for the boy, Terry, to discover his father's identity and to meet the man who killed his father. Terry challenges his father's killer and shoots the man in a fair duel. Terry then flees his home in disgrace. He tries to live an honest life, but no one will trust the son of Black Jack.

Two men who are so much alike that they hate each other fight bitterly as they compete for the attention of a woman, but if they want to survive life at sea, desert islands, street mobs, and savage mutineers, they're going to have to work together.

The Great West prior to the century's turn abounded in legend. Stories were told of fabled gunmen whose bullets always magically found their marks, of mighty stallions whose tireless gallops rivaled the speed of the wind, of glorious women whose beauty stunned mind and heart. But nowhere in the vast spread of the mountain-desert country was there a greater legend told than the story of Red Pierre and the phantom gunfighter McGurk.

A tale of the West, a story of the wild, of four strange comrades: Whistling Dan of the untamed soul, within whose mild eyes there lurks the baleful yellow glare of beast anger; the mighty black stallion Satan, king of the ranges; the wolf devil dog to whom their master's word is the only law; and the girl.

NEED TO TAKE IN SMALL DOSES

I think in a foreword the author says he only ever wrote two stories - a good man going bad or a bad man going good. From what I have heard of Max Brand's work I think this is very true. I could not keep going with this collection because the novels all started to run together along those lines. This wasn't helped by the complete lack of division into the separate books, so instead of Black Jack, then Harrigan etc you get Chapters 1 thru 157. Eek. After a few stops and changes I couldn't really tell where I was and only the character's names seemed to be different while the story and actions seemed to be repeating. I think if you listen to one novel and change to a different author for a while and then listen to the next Max Brand story it might be more satisfying.

While listening to the book I kept thinking I heard mishaps in the reading then I started backing up and listening. I think The narrator has tourette's and did not edit them out properly. He will be reading and go Uh and make a spit sound. Once he even said a curse word. 🤦 Not saying anything bad if he does have an issue it just needs better editing.