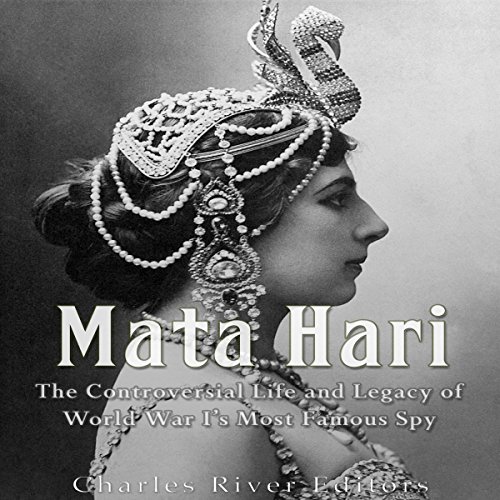 Margeretha Geertruida Zelle, better known to history by the exotic, glamorous name of Mata Hari, was a woman who profited greatly from the power of illusion during much of her brief life. Born to a hatter named Adam Zelle and his wife Antje van der Meulen, Mata Hari moved from a financially rewarding but miserable marriage to circus performances to exotic dancing and celebrity to the role of ostensible international spy in an arc that ended tragically in front of a French firing squad.

To a certain degree, Mata Hari's entire adult life represented a triumph of advertising. Just as advertising depicts products in such a way that they are associated with other desirable things that have little or nothing to do with the items themselves - romantic or sexual success, beautiful landscapes or exotic locations, excitement, financial success, youth and attractiveness, and so on - Mata Hari created an aura of mysterious glamour around herself to sell to the public, something that would never have happened had she merely been seen for what she was, a Dutch courtesan with elaborate costumes.

However, just as illusion had served her well in creating notable fame and transitory fortune, phantasms and lies ultimately destroyed Mata Hari. Rashly entangling herself in the foreign affairs of France and Germany during the bitter years of World War I, the exotic dancer found herself completely out of her depth. Used briefly as a pawn by both sides, Mata Hari met her fate when the Germans deliberately incriminated her and the French cynically sacrificed her as a scapegoat for their military failures.

Executed by firing squad and subjected to the macabre ritual of having her severed, preserved head retained for decades at a French medical school as a kind of bizarre trophy, Mata Hari ironically won the everlasting fame she craved. She also tragically contributed one final legend to the shared mythology of humanity: that of the seductive female super-spy who uses both a keenly devious intellect and irresistible feminine wiles to change the fate of nations and empires. It’s still a powerful archetype, despite being a far cry from the reality of the actual Mata Hari.

The French Army itself also contributed strongly to the legend of Mata Hari. To protect state secrets, and perhaps to conceal their own judicial wrongdoing, the French military court sealed all of the trial records for 100 years, until late 2017, when all involved would assuredly be dead. A journalist, Alain Presles, and an author, Sam Waagenaar, both claimed to have read and even copied the secret file, but the veracity of their claim remains unknown until the files are opened to the public and whatever portion of the truth they contain is made known to pierce the swirling mist of rumor and deception surrounding the death of Mata Hari.

What listeners say about Mata Hari

It is a very sad that French did not produce evevidence

That tells me that they just wanted to use a scape goat.It made the French look the oder way.I hope that to day they are more efficient with a trail.By taking an innocent women on trail the French failed with these trail and makes them inept to do investigate a crime.The should be accused of be dishonest

a dispassionate, factual account of a passionate, largely fictional life. goes quickly and is no strain on the brain