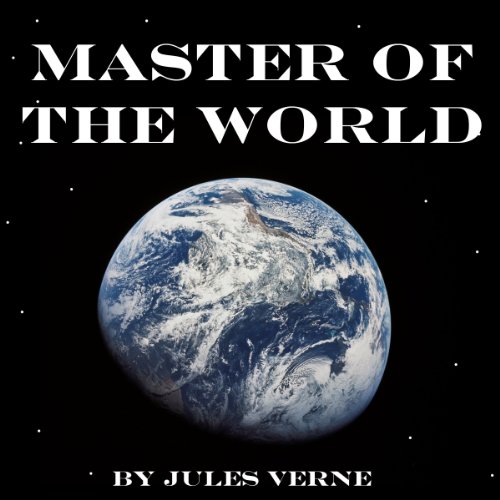 Master of the World

When a volcano suddenly seems to erupt and threaten a mountain town of North Carolina, Inspector Strock is sent to determine the danger. When an automobile race in Wisconsin is interrupted by the unexpected appearance of a vehicle traveling at many times the top speed of the entrants, Strock is again consulted. And when an odd-shaped boat is sighted moving at impossible speeds off the New England coast, Stock and his boss begin to wonder if the incidents are related. Then Strock gets a note warning him to abandon his investigation, on pain of death but he is intrigued rather than deterred.

The story is set in a period when gasoline engines were new and automobiles were rare, and so the appearance of a vehicle that can move at astounding speeds on land, on water - and as later seen, underwater and through the air - marks a technological advance far beyond the reach any nation. It is technology invented by a man who styles himself "The Master of the World" and threatens the peace of the world unless Inspector Strock can find a way to stop the mad inventor.

What listeners say about Master of the World

Everything is wrong about this book

Everything is wrong about this one:
- Too short
- Hardly any story
- Feel like a (too long) introduction
- Feels too implausable - and this IS a Jules Verne novel!
- The antagonist doesn't do ANYTHING! And still calls himself "Master of the World"...

I struggled to keep listening. The narrator was very dry and monotone. The book would have been better with an animated narration.

The Second in the Robur Series

Despite being the better known volume, this is actually the second in the Robur series following Robur The Conqueror. If you have seen the Vincent Price film you have seen an amalgamation of the two stories. In my opinion, this volume is the weaker of the two and less compelling to listen to. Little new ground is covered and characters are pretty paper thin. Recommended only if you want to hear the entire story or are a Verne aficionado.

I also found the performance to be somewhat stilted with an odd cadence. It was not horrendous, but it was distracting.