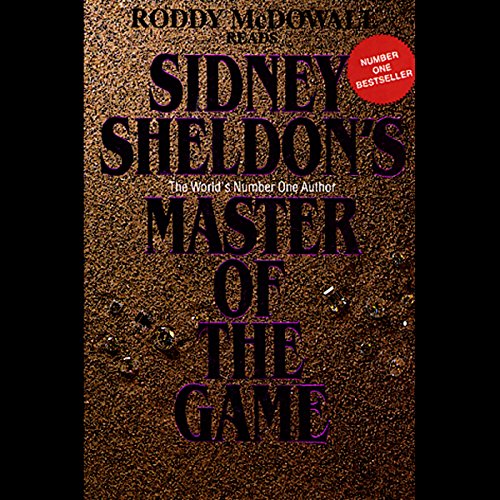 Master of the Game

Master of the Game

Jamie McGregor founded a family empire on diamonds stolen from South Africa - and a ruthless need for revenge. As control of McGregor's fortune falls into the capable hands of his granddaughter Kate, his business expands into a worldwide conglomerate. The cunning Kate proves herself a true master, using her own son and granddaughters as pawns in a game where the stakes are bigger than life or death. Roddy McDowall captures the suspense and surprise in this story of lust for wealth and power - and the price that people pay to get it. This title is also available in Spanish as El Amo del Juego.

I am not the type of person that is pretty easy to please so I rarely complain or write negative reviews. However, in this situation I feel it is necessary to warn potential buyers.

I have read and enjoyed Master of the Game many times in the past. To this day it is one of my favorite novels. Sadly, this abridged version of the story completely brutalizes both the plot and character development of an excellent story. Many major events, conversations, and even characters were cut out of whole parts of the novel. In many situations the conversations that were omitted were later referenced. This would have created a great deal of confusion for me if I had not read the book.

If you are a fan of this novel and simply want a quick recap or summary of the main events then this book might suit you. I would recommend that Sidney Sheldon fans that have never read Master of the Game not waste their time or money on this horrible abridgment.

25 of 25 people found this review helpful

Not Worth it- Too Abridged

The book covers several generations of a family in less than 3 hours. Missing important plot details.

Roddy McDowall's performance brought this masterpiece to life in a way reading it, even though it's brilliant, never could. I wish they would not have cut out so much of the original version, but it was very entertaining nevertheless.

The original story was much richer. When read like this, in a hurry, it beech becomes some poor stories glued together.

Would you try another book from Sidney Sheldon and/or Roddy McDowall?

No, and I love Sidney Sheldon books

Who would you have cast as narrator instead of Roddy McDowall?

This is the orginal book but it misses a lot of parts key parts and Roddy Mcdowall just does not do a good job narrating this book. Not happy with this book at all and I'm very sad about that because this is my favorite book!

What disappointed you about Master of the Game?

Everything about the rendition of this great book disappointed me. The sections of this book that were left out gave the book substance. I understand that the whole book was not supposed to be read, but if I had not read the book countless times I would have nothing to base it on. To many blanks were left to be filled in. Too watered down. Tragic.

Would you ever listen to anything by Sidney Sheldon again?

YES. Sidney Sheldon in my humble opinion, was one of the greatest writers of all times. Its not his fault that his work was done with such utter disregard for the original works. I have never read a poorly written book by Mr. Sheldon. But poorly read and translated, I have now.

It would have been better if they read the book as if they were side by side, on the journey with Jamie, not some chopped up, watered down version. When a task is once begun, never leave it till its done- may the task be great or small, do it well or not at all.

I loved the book. It was this rendition of it that gives me pause for concern.

Wow. Just wow. How could you do it?

Terrible abridged. It could be so much better !!!
Important parts of the original book weren’t even mentioned

Glued to Book till the end

A very strong character building. We experience a whole range of personalities through and through.

on my list of favorites. I don't have many but this is definitely one of them. Also Mistress of the game. Read them both you will not be disappointed.

Master book with an ongoing game of greed, envy, and power. Really enjoyed the fast paste and well written characters with a strong woman roll.