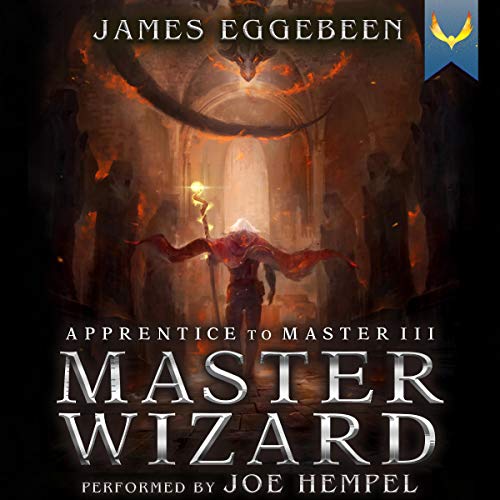 By: James Eggebeen
Narrated by: Joe Hempel
Try for £0.00

It will take everything they've learned to stop the rise of evil.

The last dragon's egg is discovered in the treasury of Veldwaite, launching Lorit and Chihon into a battle with the Temple Priests. They rescue a young Wizard and enlist his help in the fight to stop the Temple from harnessing the power of the last dragon.

Now they're the masters, training him.

They've come a long way since the farm. Fought many battles. But will it be enough to save the dragons from the clutches of the Temple in their last effort to ensnare the world in darkness?

Experience the epic and magic-fueled third installment of the Master to Apprentice Series.

What listeners say about Master Wizard