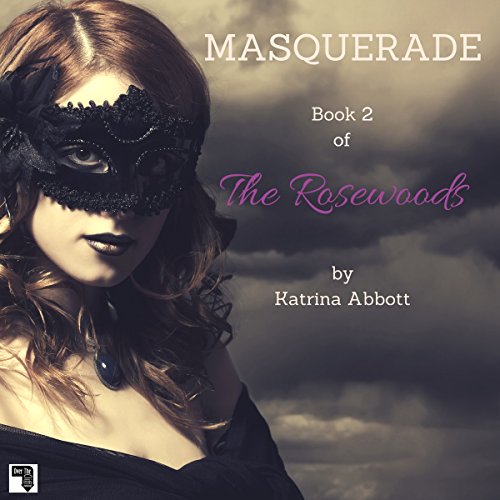 Halloween is coming and everyone knows what that means: costume party! For Brooklyn Prescott, the best thing about being the new school liaison was supposed to be planning the Halloween dance. Who doesn't want to escape themselves, even if it's just for one night? But The Rosewood School for Academic Excellence has banned costumes and now Brooklyn's faced with the possibility of her first event being a total flop. Not to mention that she's planning the dance with Dave, the sexy and neglected boyfriend of her roommate, Emmie. Awkward!

It's not like planning the dance is her only concern either. On top of classes, she's got equestrian team practice, and Coach Fleming has been acting very oddly. Talked into sneaking out to collect some intel with her friends, Brooklyn may have stumbled onto a huge, juicy secret that could involve the coach in a potentially career-ending scandal. And then there's Jared, who seemed to be into her, but has suddenly disappeared without a trace - not even a text message.

Things at Rosewood are getting complicated for Brooklyn just as she's starting to fit in. The more she tries to uncover the secrets surrounding her, the more she realizes that her friends and even the faculty are all wearing masks. Does she dare look underneath them? Or does she put on one of her own?

Masquerade is the second installment of The Rosewoods, an exciting young adult series for listeners who love fun, flirty love stories.

What listeners say about Masquerade

Another great installment in this YA series!

Would you consider the audio edition of Masquerade to be better than the print version?

What was one of the most memorable moments of Masquerade?

There were quite a few, but I'd have to day that the last scene with Brady was the most memorable to be. There were some revelations and other stuff that will leave you wanting more. I don't want to say more because I don't want to give away any spoilers. Actually, at the end of Book 2, there are a LOT of cliffhangers that I'm dying to read about in Book 3.

Which character – as performed by Ann Marie Gideon – was your favorite?

I like all of the characters, but I suppose I'd have to pick Brooklyn as my favorite, as she's the main character and the one that you really learn the most about throughout the novels.

I am terrible at taglines, so I'm not even going to answer this question. I will say that this book is definitely worth a listen and I would also definitely recommend listening to or reading Book 1 prior to listening to Masquerade. You'll enjoy Masquerade more if you do, as there is a lot of backstory there.

I was voluntarily provided this free review copy audiobook by the author, narrator, or publisher for an honest review.

If you haven't read book one in The Rosewoods series, go read it first! This review will contain spoilers for the first book.

Masquerade ends just where Taking the Reins left off, with Brooklyn crushing hard on Will/Dave. She discovered at last week's school dance that her crush Will and Emmy's boyfriend Dave are the same person, but it's not so easy to turn off her feelings for him. Brooklyn's new duties as school liaison force her to meet with Dave often, keeping temptation within arm's reach. Complicating matters, she also has a connection with her riding coach Brady and child star Jared.

This book is a clean read that doesn't end on a cliffhanger. There is a teaser twist in the epilogue, but it's not a cliffhanger. Brooklyn is still delightfully boy crazy, but it's endearing and takes me back to the times in high school when exchanging a smile in the hallway could have me swooning over a guy for weeks. She swivels from boy to boy within minutes, in one scene she's literally talking to one crush on the phone about her second crush, while thinking about the third. She shares a connection with each of them, and it's obvious why each guy likes her as she becomes more familiar with the school and starts to come into her own.

The narration was really well done, Ann Marie Gideon's voice is a spot on match for my mental image of Brooklyn. She performs male and female voices, and they're well done. I received a copy of the audiobook, and I'm voluntarily leaving a review.

I'd 100% recommend this book to both teens and adults. It was a great light-hearted read that had me reminiscing about high school. Now if you'll excuse me, I'll be off polishing my Team Brady badge!