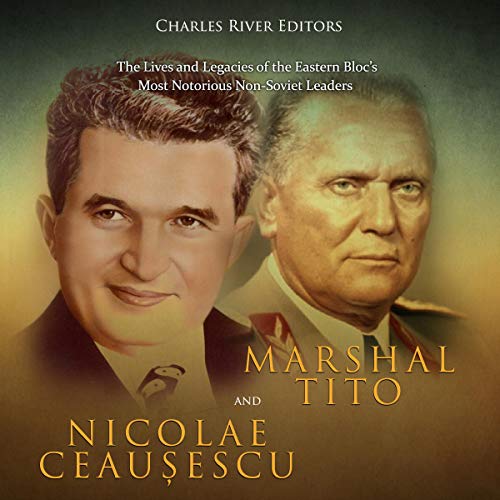 Marshal Tito and Nicolae Ceaușescu: The Lives and Legacies of the Eastern Bloc’s Most Notorious Non-Soviet Leaders

The World War II era produced many leaders of titanic determination, men whose strengths and weaknesses left an extraordinary imprint on historical affairs. The struggle between massively divergent ideologies, exacerbated by huge social changes affected by the world’s technological metamorphosis into the machine age, catapulted some individuals unexpectedly onto the world stage.

Josip Broz Tito, better known to history as Marshal Tito, was undoubtedly one of these figures. Originally a machinist, Tito leveraged his success in the Communist Party of Yugoslavia (CPY) and a number of extraordinary strokes of luck into dictatorial rule over Yugoslavia for a span of 35 years. World War II proved the watershed that enabled him to secure control of the country, leading an ever more powerful army of communist partisans against both the Germans and other Yugoslav factions.

During his reign, Tito managed to quash the intense national feelings of the diverse groups making up the Yugoslavian population, and he did so through several methods. He managed to successfully play the two superpower rivals, the United States and Soviet Union, off against each other during the Cold War, and in doing so, he maintained a considerable amount of independence from both, even as he additionally received foreign aid to keep his regime afloat.

Nicolae Ceaușescu, one of the 20th century’s most notorious dictators, was both typical and unusual. Outwardly he resembled a standard leader of a communist country in Eastern Europe during the Cold War, yet he was even more repressive and opulent than his contemporaries. In Romania itself, Ceaușescu led a life as an isolated outsider, notably less urbane than the Bucharest elite, and given that he was born in rural poverty to peasant parents, his rise was perhaps the unlikeliest of any of the communists of that generation.

As it turned out, circumstances presented themselves in a manner that led to his elevation, including the acquaintances he made whilst serving time in prison in the 1930s and 1940s, the rise of communism after World War II, and the Soviet occupation of a country that had previously banned the ideology. Ceaușescu was a compromise candidate when Romanian leader Gheorghe Gheorghiu-Dej died in 1965, and he initially appeared to be a liberal-minded, nationalist-orientated reformer. Ceaușescu did fit very easily into one stereotype, however, by proving that absolute power corrupts absolutely. From the early 1970s, he and his wife Elena constructed the most grotesquely personalized cult of dictatorship in the region, and while operating at the pinnacle of a highly corrupt pyramid, the couple bled their country dry with a succession of incompetent and warped policies.

What listeners say about Marshal Tito and Nicolae Ceaușescu: The Lives and Legacies of the Eastern Bloc’s Most Notorious Non-Soviet Leaders

I would not recommend this book.

Narration had such a flat aspect it was hard to remain engaged. The topics were covered with such brevity it was barely a summary.