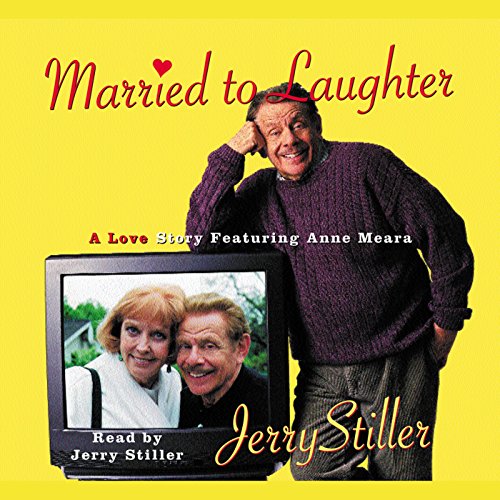 Jerry Stiller discovered the power of comedy when, as a child, he saw Eddie Cantor transform an audience. Jerry's father often took him to vaudeville performances, where Jerry decided that he too wanted to make people laugh. After studying drama at Syracuse University, Jerry returned to New York to begin a life in the theater. Jerry soon met Anne Meara. At first they encouraged each other in their separate performances, but eventually they began doing a comedy act in the coffeehouses of New York's Greenwich Village. They created a brilliantly successful act with two characters who were exaggerated versions of themselves. Before long, they were regulars on The Ed Sullivan Show. Stiller and Meara was a smash hit.

But Jerry's first love has always been the theater. He tells us about his nearly 50 years in show business - from summer stock to the early days of Joe Papp's pioneering Shakespeare in the Park, from his Broadway performance in Hurlyburly to his roles in such films as The Taking of Pelham One Two Three, Seize the Day, and Hairspray. But most of all, he describes life with Anne, showing us his admiration for her as a performer and describing how she gave him the insight into acting that he'd long sought. Married to Laughter is a great love story about two people who found their place in show business without ever losing sight of each other.

"Warm, funny...Stiller is always amusing and easy to follow." (AudioFile)

What listeners say about Married to Laughter

A great read and wonderful outlook
Shows a very different side to the man that we see on tv and a look into the life. A great read made all the better by being read by the writer

Jerry is a great actor I love this guy, I have been looking for a book about his life. I love that he loved his wife and they had a long and happy marriage. I would of really liked to of met him but I live so far away. Very interesting man and I wish him many more years of happiness with his career

For anyone who remembers Stiller and Meara as a great comdey act from 40 years ago this is something you must listen to.

If you're under the age of 40 only know Jerry Stilller as George's father on Seinfeld, this book will be enlightening as to how someone in his 60's becomes a star for the "first" time.

It's not great literature but the behind the scenes story of Jerry and Ann is really fascinating. He narrates this himself which adds a great deal of the charm.

Entertaining but not really about Anne

I bought this because I've always loved Anne Meara and thought it would be about her, as well as about their marriage. Instead, the story is all about Jerry, with Anne as a secondary character, and only discussed in relation to him and to their act. And the story sometimes comes across as self-indulgent, even a bit boring. However, Jerry's narration is completely engaging, his voice is hilarious, and he does tell some funny stories, which I appreciated. So if you are looking for a Jerry Stiller memoir you will probably enjoy this a lot - but if you were hoping for a loving tribute to Anne Meara, you might be as disappointed as I was by what sure seems like a misleading title.

An intimate and touching story

Jerry Stiller delivers a compelling intimate portrait. Some parts, I just teared up when he spoke about Anne. A must listen!