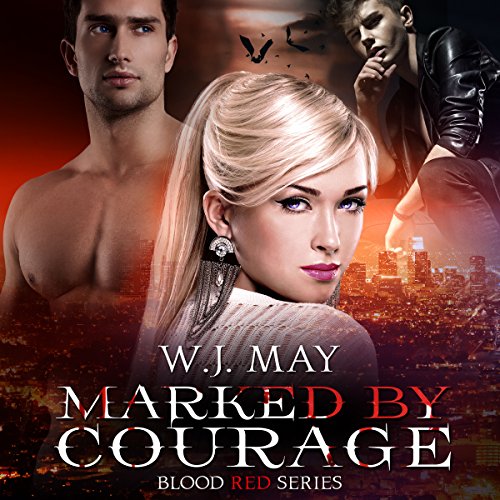 By: W.J. May
Narrated by: Kay Webster

The highly anticipated third book of the Blood Red series is now available!

What if courage was your only option? Some days are good days. On other days, your pureblood protector gets captured, your father is going to get drained nearly dry by rogue vampires, and you've been turned into some sort of weird vampire hybrid no one's ever seen before. Oh, and no one knows just which of your supposed allies are actually trying to kill you. You know, normal Tuesday stuff.

Kallie has no shortage of problems. Her father is slowly but surely losing his grip on reality, the woman she thought was her mother is really her aunt, and her actual mother is at the center of a plot between the Watchmen and the Rogue Reds. To top it all off, her only ally who hadn't been incapacitated is...a Blue. But Kallie isn't about to let that stop her. She might be outmatched, and in over her head, but she's also stubborn as hell.

I love the story line however the audio and the voices on this volume were absolutely horrible!!!! I felt like I was missing information every time it moves to a new chapter. Very disappointed