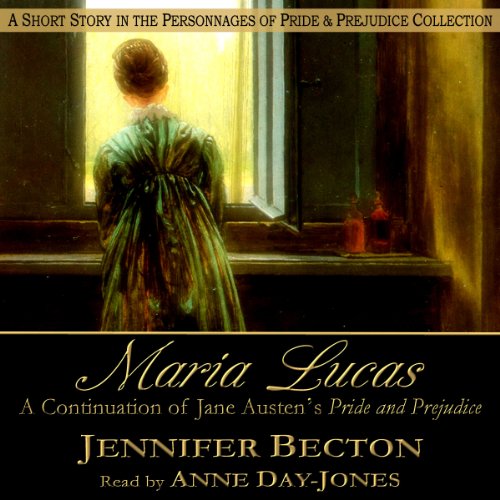 After a great deal of romantic strife, Maria Lucas finds herself married to Mr. Jonas Card in a desperate attempt to extricate herself and her sister Charlotte from a dire financial situation. Mr. Card, however, truly loves Maria and has vowed to woo her. Alas, she views him only in friendly terms. But when it seems that Mr. Card's feelings have changed, Maria sets out to discover why. And through a series of unexpected events, Mr. Card succeeds in wooing his wife without saying a word.

Maria Lucas is a post script to the novel Charlotte Collins: A Continuation of Jane Austen's Pride and Prejudice. As such, it contains minor spoilers, but it can be listened to as a stand-alone piece.

This is a short story was formerly titled Maria's Romance.

Why do American authors insist on using the word "gotten" in their writings about English subjects. It is a word that has never been used in the English language. I enjoyed the Pride and Prejudice stories.