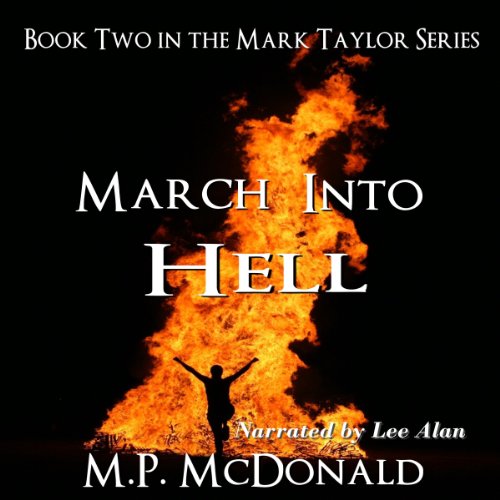 Mark Taylor discovers first hand that no good deed goes unpunished when the old camera he found in an Afghanistan bazaar gives him more than great photos. It triggers dreams of disasters. Tragedies that happen exactly as he envisions them. He learns that not only can he see the future, he can change it.

His life takes a dark turn when his heroism becomes the subject of a newspaper article. The media attention and a harrowing encounter while saving a young woman, puts him in the sights of the ruthless cult leader who covets the secret to Mark's power.

Uncomfortable in the public spotlight, Mark suspects he's being tested by the force behind the camera's prophetic magic. Battling his own self-doubt, he must maintain the secret - or risk certain death.

Is this narrator for real?!!

This is unlistenable. I'll just read it myself.
Managed one minute before asking for refund. Book one is great by the way.

Story is good but audible narration not so much

What made the experience of listening to March Into Hell the most enjoyable?

I have listened to the prequel and book 1 with a different narrator so it was a little disconcerting to hear a "new" voice for "Mark" in book 2 but I got use to it in the first chapter. What I didn't like were the sound effects that went along with the narration. It was weird and I haven't heard anything like it in the hundreds of books I have listened to previously. it makes it sound corny and is distracting from the content of the book. I like the story but I hope the future audibles for this series do not include the sound effects and I hope the original narrator, Daniel Penz, returns, I liked his voice better but that maybe because "he" was "Mark" in the first 2 books I listened to....

Maybe in a different series.

Leave out the sound effects, they detract from the story.

The first book in this series was so enjoyable I thought I'd like this one too. Not so! The story was much less credible than the first. But the real killer of this book was the narration, I could hardly stand to listen at all. If I could give this narrator no stars, I would.
This book was definitely not for me.

The contents noise and background music ruined this book for me. The characters / readers voice was not helping it out either.

I enjoyed the first book and this story, but I find the music and dramatic sound effects distracting and unnecessary. The story needed no enhancement.

Terrible narration! Story is a disappointment

This book was such a disappointment after the first book. The narration was good in the first book and the story was interesting. This story is slow and I just couldn't finish it. The narration was irritating, it had sound effects and strange dramatic dialogue that reminded me of bad radio shows. I couldn't decide if this is a Christian book and if it is, the description needs to present it as such.

I'm not going to read the third book.