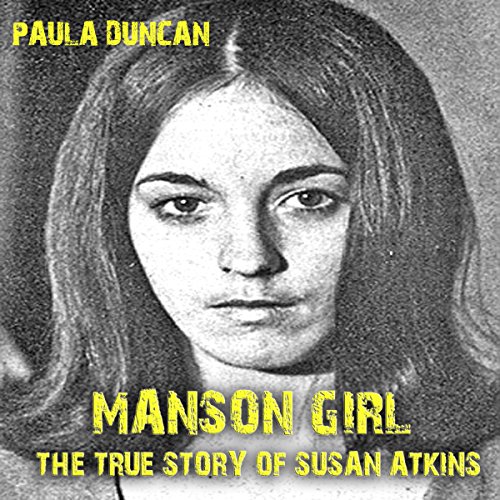 Susan Atkins was one of the more notorious female members of the "Manson Family" headed by Charles Manson. She was part of a gang of serial killers that terrorized Southern California in the summer of 1969. Known as "Sexy Sadie" because of her occupation as a topless dancer, Susan was involved in eight of the nine Manson killings including the gruesome Tate/Labianca Murders. She would be sentenced to death which was later commuted to life in prison. Susan would be denied parole over eighteen times in becoming the longest-incarcerated female inmate in the history of California.
©2017 Paula Duncan (P)2017 Paula Duncan

nothing new or creative about this 35-minute waste of time same old things quoted verbatim from her book are other sources I recognized the phrasing the quotes absolutely not a tell Susan Atkins life story.
a very vague account of her Life which has been far surpassed elsewhere don't waste your money.