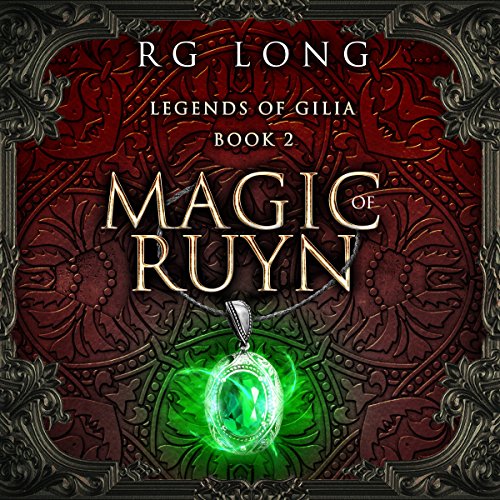 A desperate journey north may secure the survival of the country of Thoran. But did Ealrin and his companions leave soon enough?

The King's Swords are desperate. Androlion Fellgate has united the south under a banner of purity and delusional promises of a fast-approaching calamity. With the other members of the elite fighting force, Ealrin travels north to convince other nations of Ruyn to join in the fight against the Southern Republic.

In the struggle beforehand, however, few notice a young Speaker from the Magic Academy has vanished along with two of her classmates. Blume Dearcrest finds herself far away from the protection of castle Thoran and deep in enemy territory. Can she protect her two friends, a scholarly dwarf and talkative elf, discover the true ambitions of the hate-filled army of Androlion in time to help her friends? Or will Blume's magic abilities and her father's amulet get her far more attention than she could have possibly imagined?

What listeners say about Magic of Ruyn

a verbally shouted no when he read the end. I will be buying the next book, book 3, as soon as I finish this review!