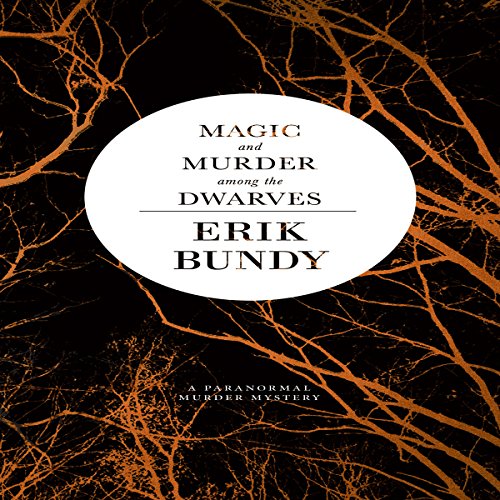 Magic and Murder Among the Dwarves

Magic and Murder Among the Dwarves

Amanda's life is less than ordinary: She is a psychic, she is haunted nightly by her late husband, and she lives near an underground colony of dwarves. Despite dwarf males normally handling such tasks, the colony's females ask Amanda to find a lost baby for them...then hire her to tell them who strangled their midwife with a diaper and cut out her gossiping tongue.

Amanda is thrilled at the honor, but she must learn first to tame her own unruly psychic power. The shadow side of her gift raises a demon that stalks her, attacks, and slashes her hand with a claw. When she feels something alive wriggle in her wound, she knows she must face this demon alone... and that death is no longer the worst possible fate.

The town's sheriff asks Amanda to help him solve the disappearance of a missing teenage girl. This brings a predator into Amanda's life, an enemy who allies himself with her demon. To make matters worse, the midwife's murderer also decides to hunt her.

Amanda, though, has no intention of becoming anyone's victim.

This is a mystery novel in the classical style of Agatha Christie, except with dwarves, psychics and witches and demons. There are normal people too. This novel was a little outside my typical reading patterns because, honestly, I think it is fairly unique. I am glad I ventured out a little because I enjoyed it a lot. The characters are well developed and the plot is suspenseful, complex and intriguing. I gave it four stars instead of five because it could have used one more round of editing;there are a few details that were important in the development, but that could have been removed in the final draft.

The performance is spectacular. there are a lot of voices from different species of creatures as I was impressed how well the came out across a very wide spectrum. The main narrators voice is very warm, pleasant, and believable for the character portrayed.

I tried dozens of times to get through this book. I finally reached 70% and had to give up. It’s been nearly a year.

It’s very slow with painful details. If it was written in third person, it could flow better. But as a first person POV, the main character is simply a mind reader fixated on interpretating and dissecting everything. I really really wanted to love this - or at least finish it.

I enjoyed this book.I found some of the voices done by Carmen Beaubeaux a bit over dramatic,but good for the most part.Dwarves are just a normal part of life in this world,as are witches,demons,etc. Amanda is haunted by her dead husband,she is a psychic that helps the local dwarves in issues they can't find answers to themselves and she also helps the Police with cases. She is asked by the dwarves to find a missing baby.She is in for WAY more than she bargained for.
I was given this book free for an honest review