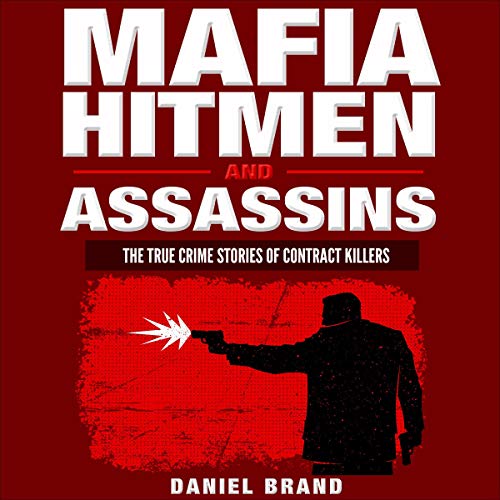 By: Daniel Brand
Narrated by: Daniel Houle
Try for £0.00

Are you fascinated by the mafia? Do you want to learn the stories of some of the deadliest men of the past 100 years? Do you want to know one of the many ways that the mafia managed to keep control over the USA for so many years?

One of the easiest ways that mafia bosses would keep control is to have hit men working for them. Dangerous, coldhearted men who killed without any thought, whatsoever. Who were these men? How did they become the way they were? How did they kill? Why did they kill?

In this audiobook, we’ll talk about many infamous mafia hit men and answer the above questions about them.

Just a few of the hit men we’ll be talking about include:

It’s hard to pinpoint the reason to why hearing about these people and their horrific crimes are so fascinating, but we’re not here to explain that. We’re just here to give you enjoyable, fascinating stories, and there’s no shame in that. The stories in here are shocking, twisted, and pretty amazing.

So, if you’re interested in finding out about any of these men and how they got away with their crimes or just interested in hit men in general, this audiobook is definitely a good place to start listening to enjoyable stories.

What listeners say about Mafia Hitmen and Assassins

Great series of stories about numerous individuals. their origins... Their actions and their outcomes. Very enjoyable

The stories are well told, but not very well researched. When talking about Ben Siegel, he says, “Siegel was shot in the back of the head in Virginia Hill’s apartment.” This is probably one of the most famous and publicized hits in mob history with pictures. Siegel was in Virginia Hills house and was shot with a rifle through the window multiple times, including the face. When the narrator said that about about the Bugsy hit it was impossible to take anything else said with but a grain of salt.

My View of the Book

very interesting read. a lot of things were learned about these different characters and the lives that they lived