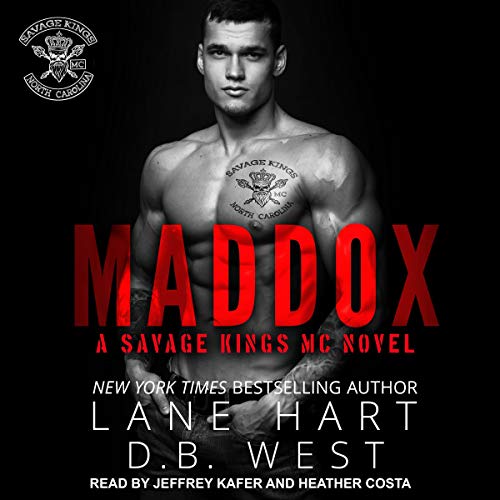 Who the hell is Deacon Fury?

That's the question I asked myself when I was 15 and saw his name on my birth certificate for the first time.

Deacon Fury may be long gone from this world, but at least he left behind a legacy - the Savage Kings MC. Deep down, I knew that I was destined to become a King, too. That's what brought me to Emerald Isle four years ago. And after putting in the hard work, I'm a breath away from patching in, becoming a brother. That is, until she took my breath away.

One of my final orders as a prospect was to find Audrey O'Neil and keep her safe during the hurricane that devastated the coast. War is not only my sponsor, he's been like a father to me since I first came to town.

Now, I'm falling for his sister, and if War finds out, he'll kill me. But how am I supposed to choose between following in my father's footsteps with the MC or being with the one woman who makes me feel like I'm already a Savage King?

What listeners say about Maddox

Loved it, it has humour, thought provoking and happy moments, what more do you need from a book. When Maddox is finally given his bottom rocker is such a lovely part after he's been working for it so loyally for such a long time to then have it torn away from him so quickly is just so sad in one way but heart warming in another.
This book is for young adults and up