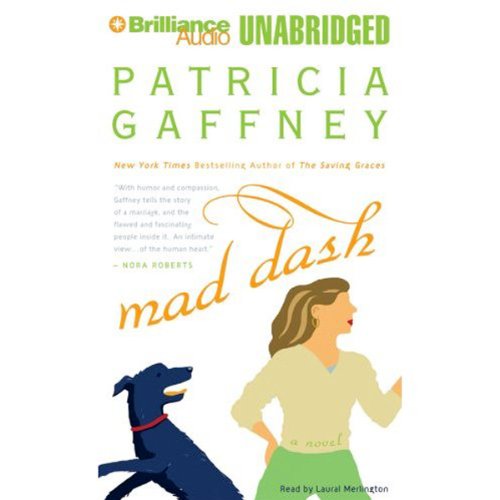 The puppy started it.

The poor thing was cold and trembling, abandoned on their front doorstep. Dash, impulsive as always, decides on the spot that they should keep it. But her husband, Andrew, thinks it's the craziest thing he's ever heard. A fight over a scruffy little dog doesn't seem like much of a reason to walk out on your husband of 20 years - but the spat over the puppy is just the last of many straws.

Dash is so tired of the faculty parties at Mason-Dixon College that Andrew insists they attend even though he won't mingle with his colleagues, tired of his constant fretting over illnesses he doesn't have, tired of the glass of warm milk he must have every night before bed. Why can't he see that with her mother gone and their daughter off at college, Dash needs something more?

Now, living on her own for the first time in years, Dash can do whatever she wants...if only she could figure out what that is. But every time she starts making plans for the future, she finds herself thinking about the past - remembering the mother she's lost, her daughter's childhood, and the husband she isn't entirely sure she wants to leave behind.