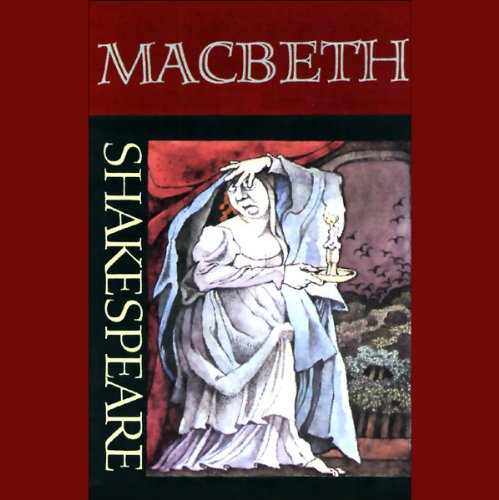 By: William Shakespeare
Narrated by: Anthony Quayle,full cast
Try for £0.00

Macbeth is among the most powerful of Shakespeare's tragedies, a dark but fascinating glimpse into the soul of evil. Set in medieval Scotland in an atmosphere of civil unrest and mutual suspicion, Macbeth probes the intellectual, as well as the emotional consequences of unbridled ambition and the cold-blooded murder it engenders. In the title character and his wife and accomplice, Lady Macbeth, Shakespeare conceived as complex and eloquent a pair of villains as have ever been created in the English language.
©1964, 1996 HarperCollinsPublishers
Classics Shakespeare
Show More Show Less

What listeners say about Macbeth (Unabridged)

I had it on cassette, I bought it on Audible- I'm almost personally affronted that someone has reviewed it with one star.

Yes, it's dated- but gloriously so- the lines are 'sung', but sung so well that this could be opera.

The actors throw everything they've got at it- and draw out every last drop of drama,

My spine tingles every time I hear the Lady Macbeth line 'My hands are of your colour- but I shame to wear a heart so white.'

and I literally well up at Mucduff's reaction to news of his family's massacre.

It's rich and full-bodied, a fine example of its type.